Wings are delicious and easy to make, which is why you’ll find them on almost any recipe. Plus, they’re super versatile, and you can make them anytime and anywhere. You can make them juicy or saucy, serve them with a side dip, or coat them in a spicy sauce for maximum enjoyment. But of the many ways to cook wings, grilling remains one of the most exciting and easiest.

Whether making regular, buffalo, or turkey wings, cooking them on a grill offers an interesting touch to the flavor. You get a blend of smokiness and char, combined with a rich blend of spices and seasonings that keeps anyone coming back for more. So, if you want to dazzle your guests and friends with an exciting recipe, consider grilled wings for your menu list. 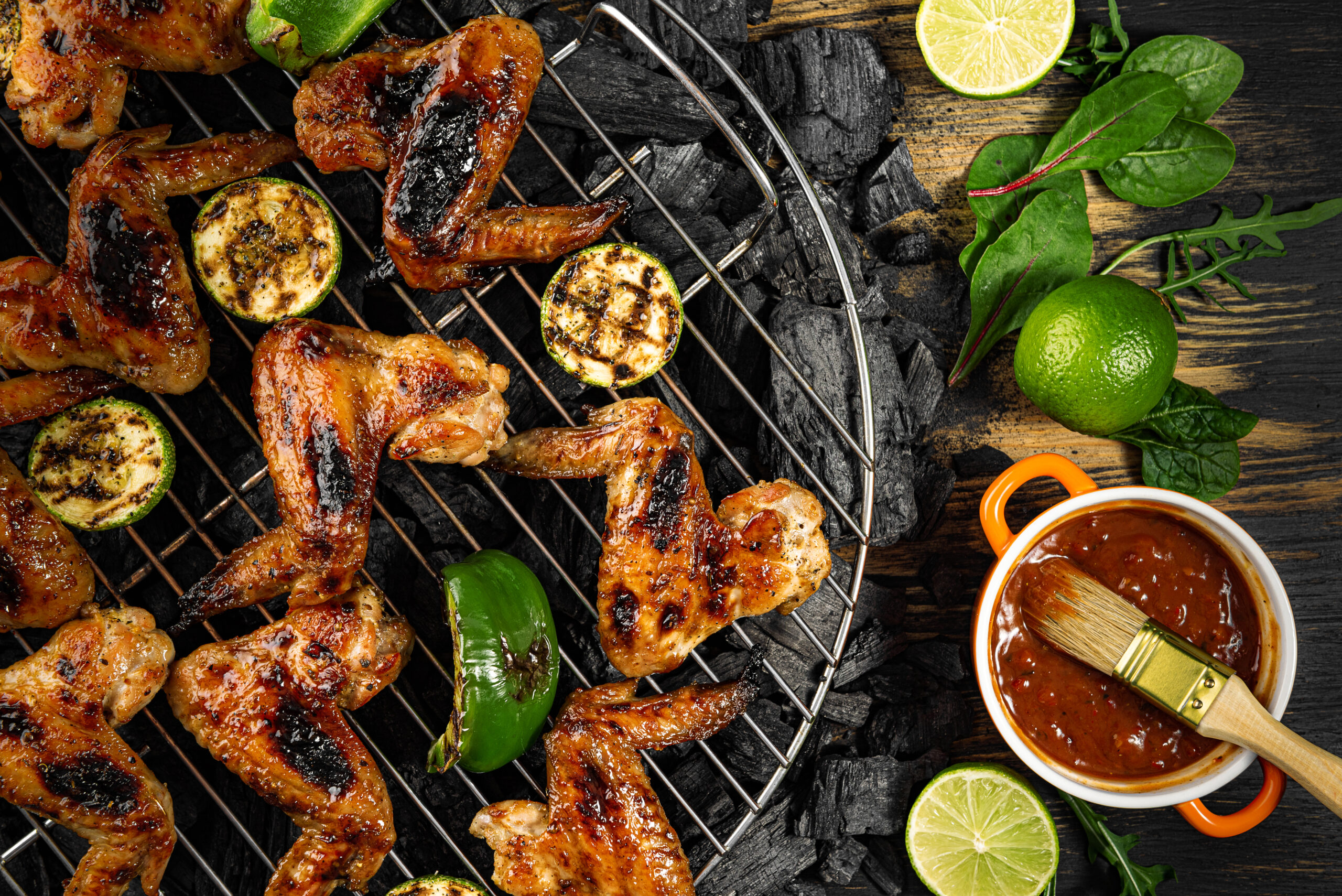 Choosing the Wings for Grilling

You can grill any poultry wings, but chicken or turkey is the most popular choice. And while the chicken is more convenient, turkey wings cook faster, as they contain more fat. But whichever you choose, ensure that they’re roughly the same size so that they can cook simultaneously. And if they’re frozen, ensure that the wings are fully thawed and patted dry before you season them for grilling.

Always start any grilling recipe on a clean rack, and ensure this by scrubbing it with a wire brush. Most times, we get food items stuck and junked on the linings of our grill frames, especially if you use a cross-hatch rack. And if they’re used as is, you’ll end up with contaminated additives entering your freshly-roasted recipes or molted foods interrupting your grill flame.

It helps to make a two-heat zone on the grill when making wings. The reason is poultry is quite lean and can easily dry when overcooked. Also, exposing it to high heat for too long will cause the meat to char. So, this method lets you cook the perfect doneness while retaining juiciness and flavor.

If you’re using a charcoal grill, light the coals till they burn red, then move most of them to one side of the grill. This portion will serve as the direct heat zone, while the other works as the area with the lesser side perform the indirect heat.

For a gas or electric grill, turn the burners on one side to the highest, leaving those on the other at the lowest or completely off. This gives you a high-temperature, direct zone on one end and a low-temperature, indirect heat zone on the other end.

Any combination of spices and seasonings will work for making grilled wings, so you can get creative or stick to a familiar formula. And you can combine options like black pepper, chili powder, garlic powder, cayenne pepper, onion powders, and dried thyme to make a dry spice mix. If you like the smoky favor expected from grilled poultry, consider a blend of smoked paprika with BBQ sauce. And if a spicy recipe is your forte, then a touch of Tabasco, sriracha, or regular hot sauce can be added to a wet rub and brushed on the wings before grilling.

Considering a marinade also works, but in a way, it only adds more moisture to the wings, which further extends cooking time. Plus, your typical dry rub will work regardless, as the meat has enough moisture to accommodate the seasoning, so skip using a marinade.

Cooking Wings on the Grill

Once the cooking zones have been created on the grill, you should grease the racks before placing the wings. This way, the heat won’t cause the wings to stick to the racks, making them easier to flip.

Then, place the wings on the direct heat zone, ensuring that they’re evenly spaced for maximum cooking. Let them grill for 15 to 25 minutes, flipping them occasionally, so they don’t charr. As you cook, check the internal temperature with a meat thermometer. And if it reads 165F, move the wings to the end of the indirect heat zone. There, they’ll stay warm, waiting for you to finish, and serve as desired.