Moroccan recipes are renowned for their heavy tang use, so preserved lemons are regular in their list. And though they sound exotic, you can easily find them around you. Preserved lemons have a robust flavor that lifts any dish, which is why many Northern African recipes make use of it. 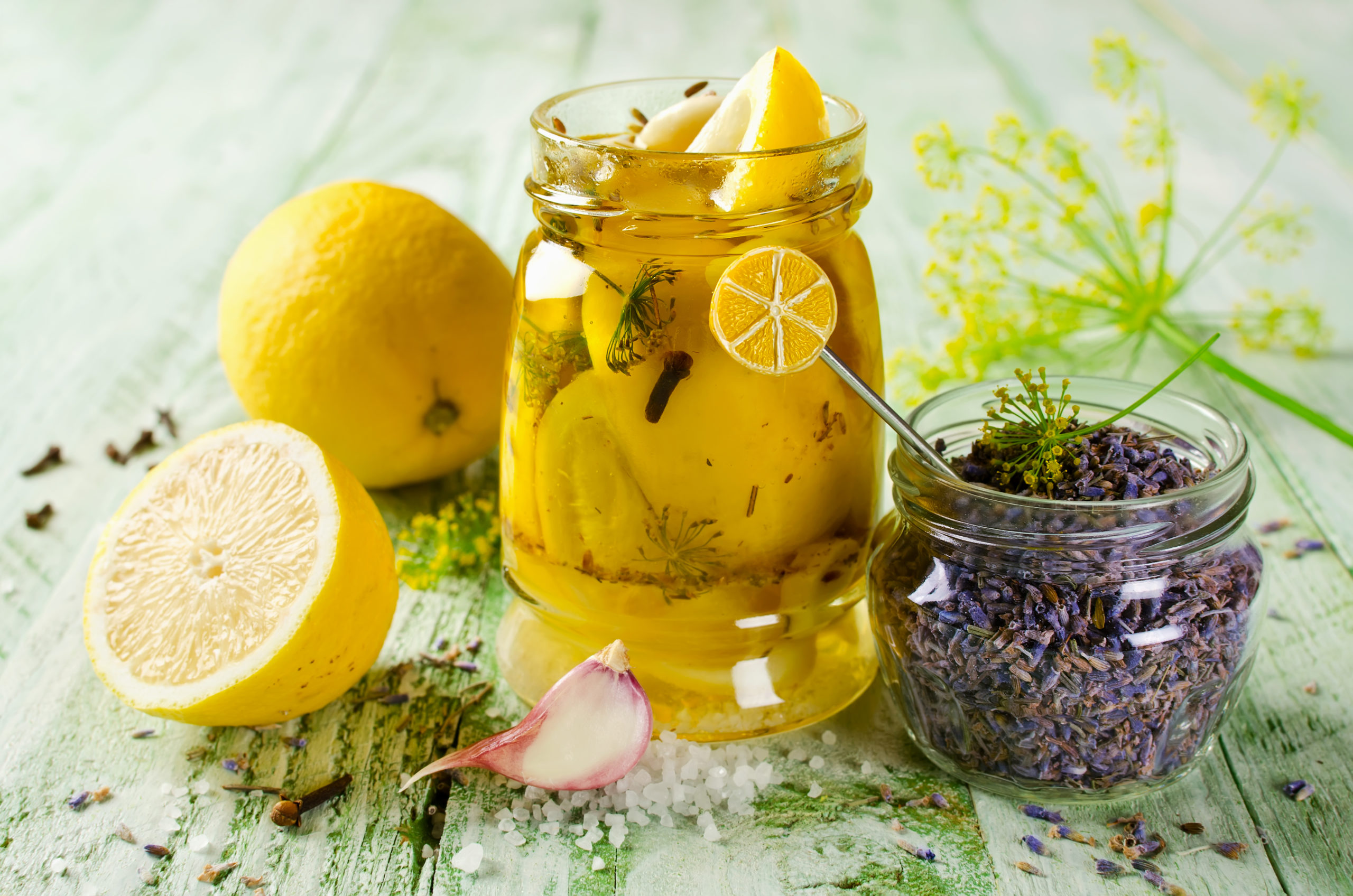 What is Preserved Lemon?

Preserved lemons are lemons that have been picked in salt. The fruit may be either added whole, cut into thin slices before they’re soaked in a salt and water solution. As the lemon sits over time, the rind and flesh are softened by the salt. And the final result is a seasoning ingredient that offers a powerful blend of tang and saltiness.

If you’re an avid follower of Eastern recipes, then you have a couple of dishes seasoned with preserved lemons. The full-flavored ingredient is regularly featured in Moroccan recipes and is held in high esteem in the culinary culture of its people. The lemon taste in this ingredient is mellow, and the rind is so soft that it quickly melts into any dish.

Both the pulp and rind of preserved lemons can be used in cooking. And they’re both renowned for bringing a bright tanginess to different foods. The flavor profile is also deepened by this Moroccan ingredient and is excellent for both raw and cooked recipes and meat and fish. And because the element comprises fresh lemons, it adds a rich amount of vitamin C to your recipes.

You’ll find preserved lemons as the source of a tanginess and depth in dishes such as;

For times when you’re out of preserved lemons, having a handy replacement can be pretty helpful. Though preserved lemons are commonly found in grocery stores, you may not have the time or luxury to rush out for one. So, for those periods where you’re in a bind, pick any of these substitutes instead; 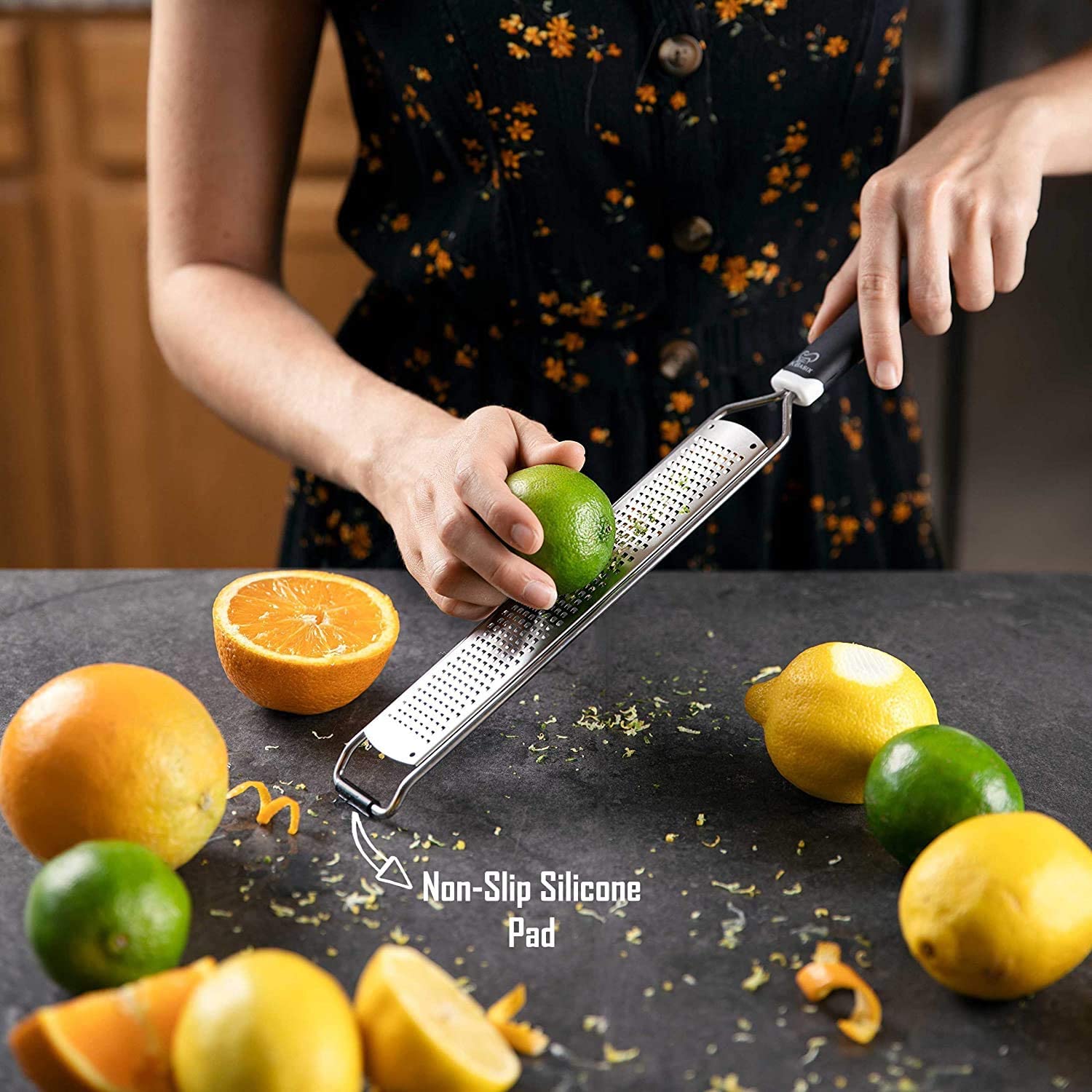 Having some fresh lemons at home can be a significant time-saver when you’re out of preserved lemons. And since it’s what mainly comprises the ingredient, you’ll still add a good amount of tang to your dishes. Of course, lemon zest is milder in fragrance and flavor than preserved lemons, but it’s an excellent quick-fix solution. And it works for all recipes and can be swapped at equal ratios. 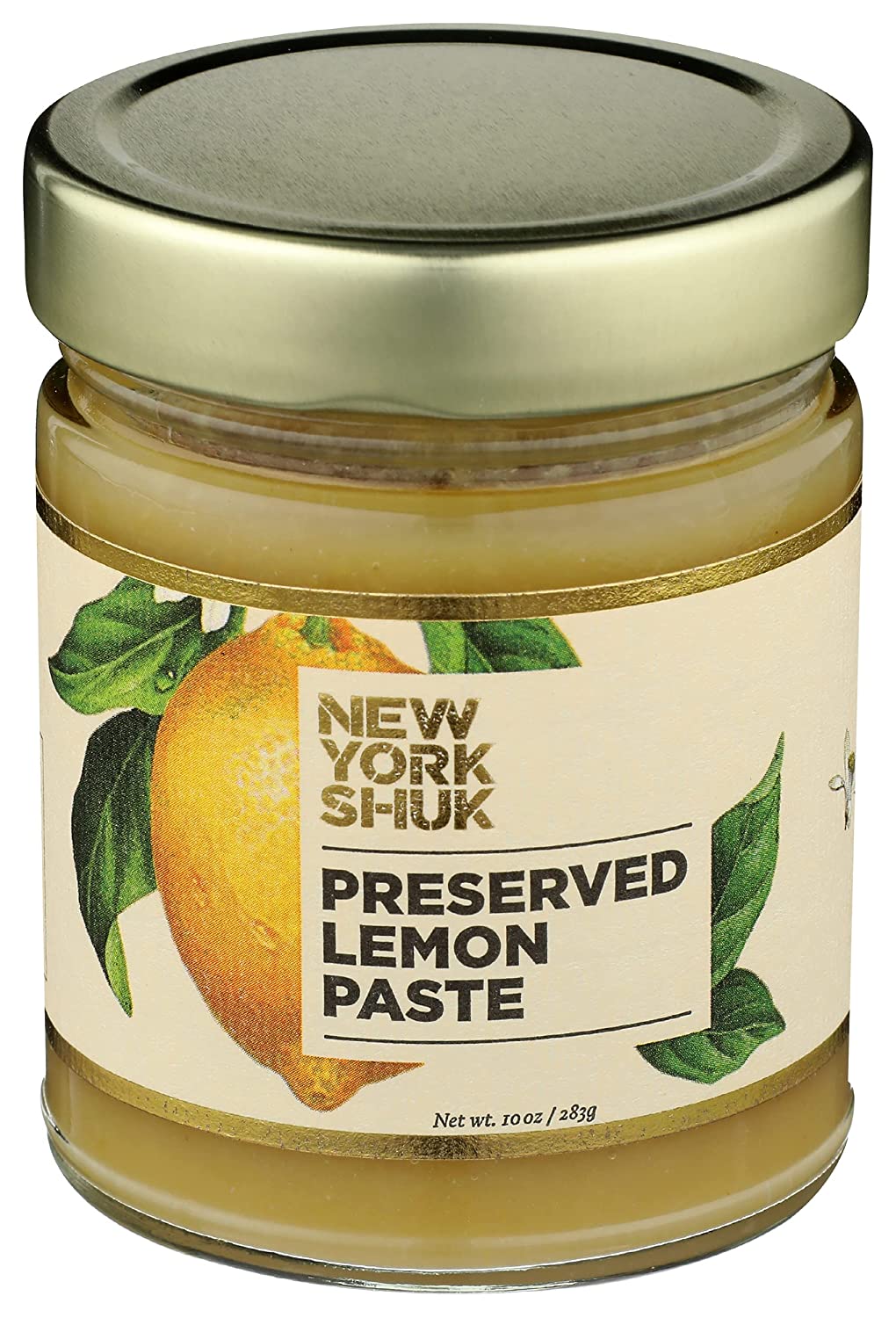 The lemon paste may take a bit longer to prepare, but it’s an excellent preserved lemon substitute. And what’s more is you can make a large batch and save it for later, so it’s a great way to plan. Pick a large lemon (preferably organic) and cut the ends off. Then, slice into thin rings and put it in a pot with four tablespoons of lemon juice. Cover the mixture and cook with one tablespoon of salt until the peels begin to appear translucent (about 10 to 12 minutes). Then, bring it to cool and puree roughly in a blender or food processor till it looks like baby food with chunks. One teaspoon of the paste is enough to replace one rind of preserved lemons in any recipe, but ensure to taste the dish first before adding salt. And you can store this lemon paste in a sterilized container with a film of olive oil for future use. 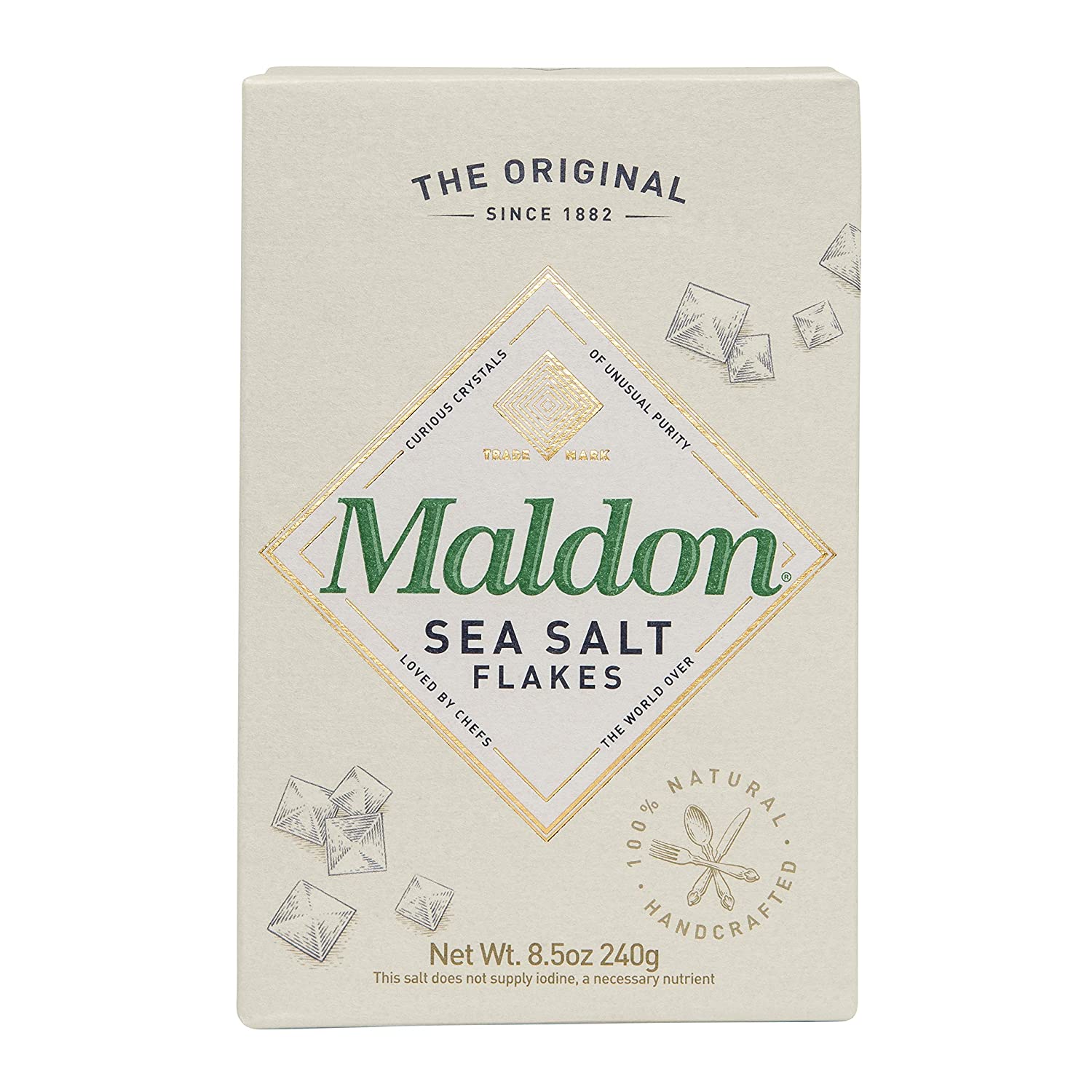 Lemon juice is highly acidic, more fragrant, and comes with a lot of tangs. But when added with a few sprinkles of sea salt, you get a flavor that’s close to preserved lemons. This option is more fluid, so you should expect more potency from it. But once the sea salt is dissolved, you get an ideal blend of sour and salty that resembles preserved lemons. But when using it, try half at first and taste to confirm the effects.

In most recipes, you can also whip up a quick mix of fine salt with lemon skins to replace preserved lemons. This option offers both zing and saltiness to your recipes, so it works ideally in many cases. Start by squeezing out the lemon juice, and then chop it into fine slices. Then, sprinkle some fine salt, toss and let it stand for an hour or more. The longer the lemon slices sit with the salt, the more the flavor resembles a preserved lemon. Of course, it may still be milder, but it’s better than nothing. 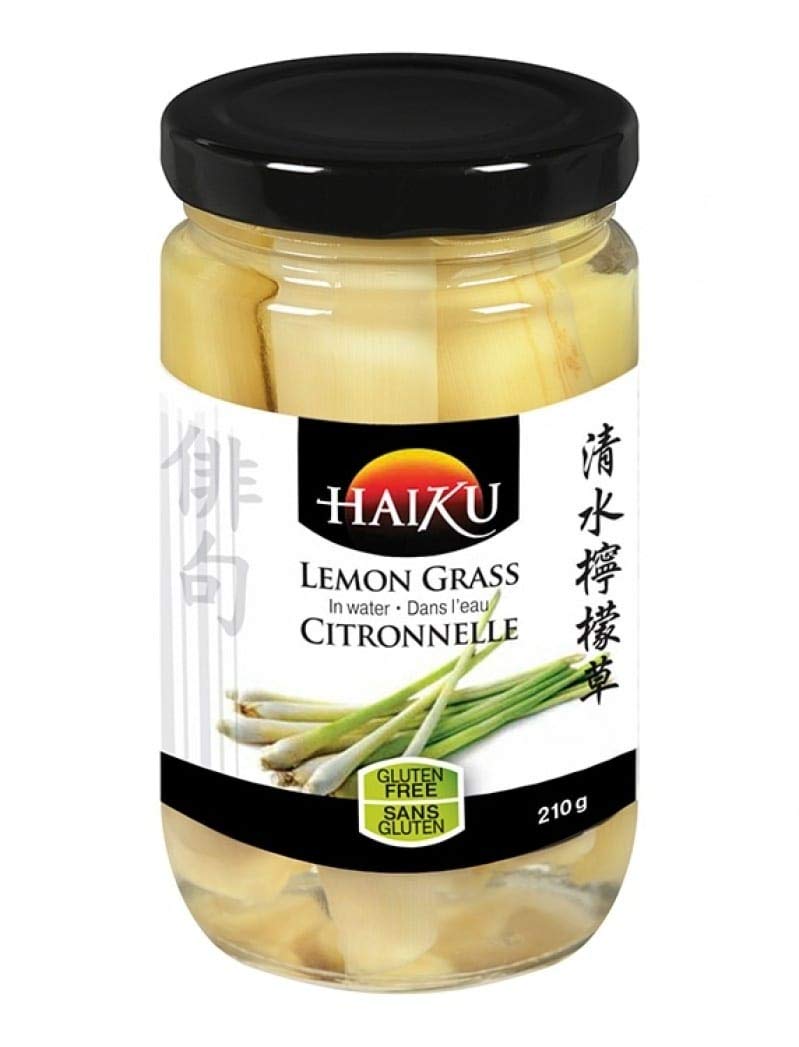 You can consider lemongrass as a quick alternative to preserved lemon in various recipes as a last resort. Preserved lemons are commonly used to replace lemongrass in many recipes and add the mild zing and fragrance expected from the herb. But when using lemongrass, note that you may have to take the blade out once the cooking is done. The stalk releases the citrusy aroma to the recipe, and most times, can’t be consumed. But note that lemongrass is best for recipes that require the fragrance of preserved lemon- it won’t add any saltiness to the dish. And one stalk is enough to substitute half a preserved lemon.

Is preserved lemon and picked lemon the same thing?

Essentially, yes. Since the term refers to anything soaked in a saline solution, it’s logical to assume both names refer to the same ingredient.

Do you eat the skin of preserved lemons?

Yes, the skin is edible. But it’s advised to first rinse the excess salt off the lemon by placing it under running water.

Can you use iodized salt for preserved lemons?

Yes, you can. Iodized salt works as well as any type for making preserved lemons. But only add a tablespoon of it, as it’s finer and seeps deeper into the lemons.

Recipes that call for a blend of saltiness and tang are best imparted with preserved lemons. But in times when your supply is exhausted, these substitutes will make an excellent trade. Plus, they’re convenient options, as most of them are probably in your kitchen at the time. And they may not be a strong as the original thing, but they will still add a mild citrusy effect to your dishes.