If you love cheese the way I do, you would always want a piece of cheese whenever you get the opportunity, Brie cheese is no exception to the cheese family, and it has seen its importance skyrocket over the past decades.

This French cheese has seen many imitations from cheese factories worldwide; these are sometimes different in flavor from the real deal. Sadly in the United States, you can’t legally get the original creamy Brie cheese because of the U.S. Food and Drug Administration’s regulations on imported edible products. For this reason alone, one must get a substitute for this item.

Brie cheese is called for in a decent amount of recipes. So if you can’t get access to this cheese, you may consider scrapping the whole preparation process. However, this does not always have to be the case because some acceptable substitutes for Brie cheese would level up in texture and flavor with the real deal. 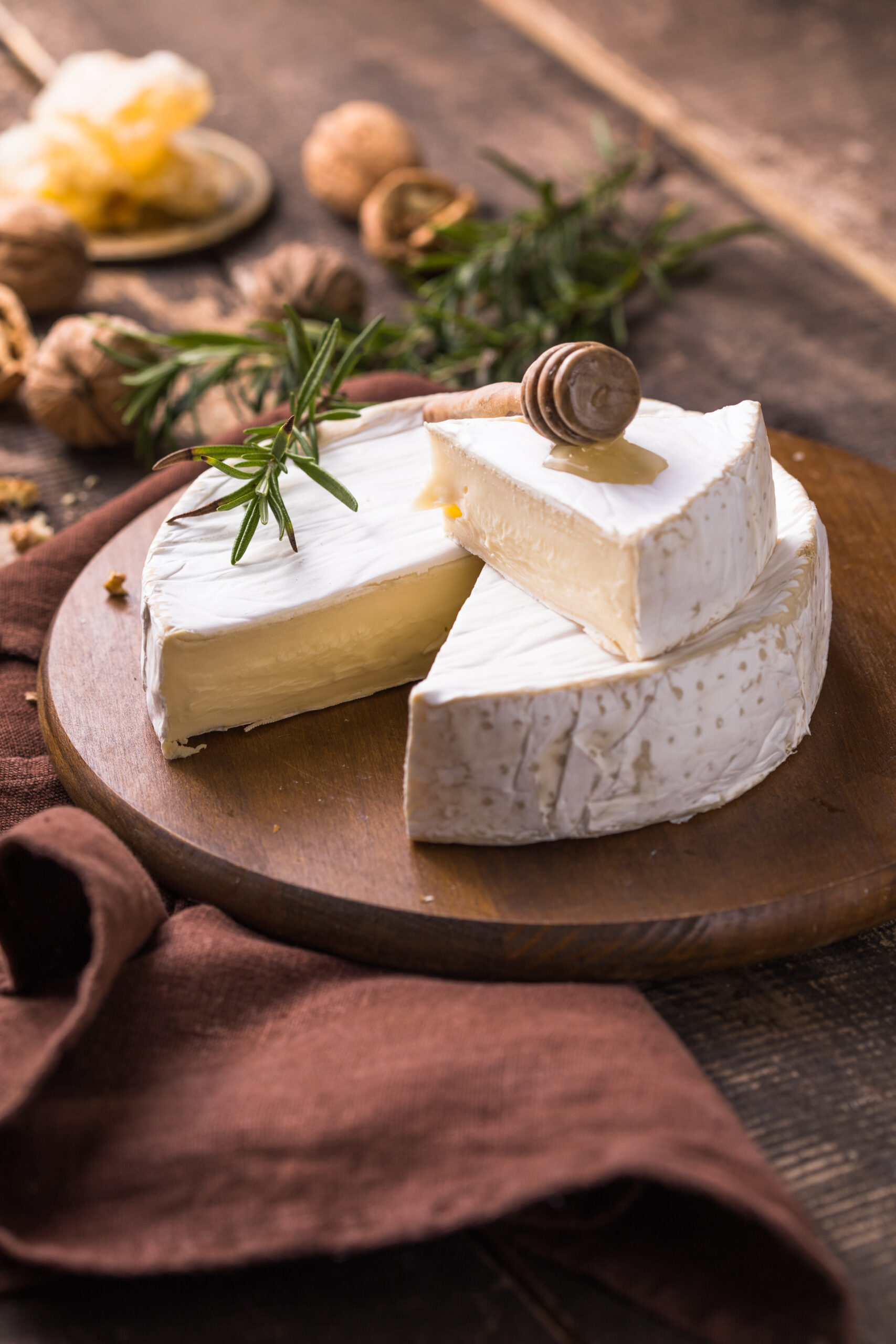 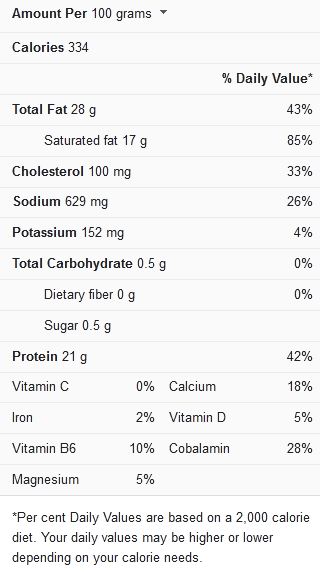 What Is Brie Cheese?

Brie cheese, just like every other cheese, is made from cow’s milk (sometimes from goat’s milk). But unlike most cheese, it is made to be extremely soft and creamy.

It originated from the Brie region of northern France, now the modern department of Seine-et-Marne.

It is an unpasteurized cheese like Camembert and feta, having a soft creamy texture. It is usually served at room temperature. It has a grayish paste (ripened cow’s milk) underneath a rind of white mold.

Brie de Meaux was the original Brie consumed by the French, it has seen many imitations ever since its creation, but the pleasantly smelly Brie still holds its crown as the king of all cheeses (Le Roi de Fromages).

Uses of Brie Cheese in Recipes

Brie cheese is used in many recipes because of the buttery, creamy, and slightly nutty taste it brings into the meal. It can easily be used to make grilled cheese and can also be used as a topping for pizza or paired with fruits to make a mouthwatering snack.

Brie cheese can make your regular Mac and cheese taste a lot creamier and richer. It can also make a creamy Brie soup that can serve as a light meal or a rich appetizer. Below are some wonderful recipes that call for the use of Brie Cheese;

If you live in The United States, your major reason for wanting a Brie substitute would be unavailability. Unfortunately for Brie Cheese, it falls under the category of soft-ripened cheese. The United States Food and Drug Administration has a strict regulation against importing these types of cheese.

This article will discuss the three best Brie Cheese substitutes you can get. The substitutes were chosen based on the relative texture or flavor of the original cheese. So without further ado, let’s get straight into it. 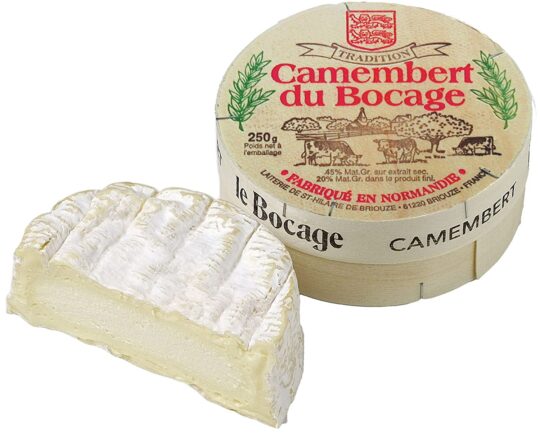 Camembert is a perfect substitute for Brie cheese because it is very similar to Brie cheese. Camembert is also a native French ripened cheese, and it is usually served at room temperature. It has a smaller size than Brie cheese, but what it lacks in size makes up in flavor.

Like Brie, the soft-ripened cheese has a richer taste when you compare them side by side, which will surely add some irresistible flavor to your dish.

When substituting, use the same measurement where the recipe calls for Brie, but be keep in mind that Camembert cheese may be runnier in texture. 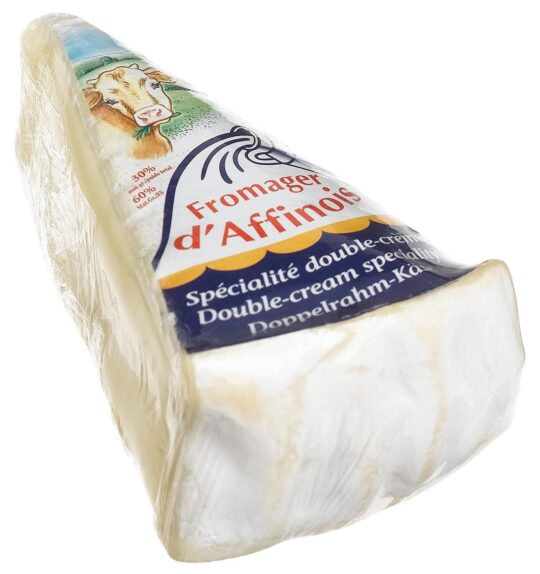 This French cheese can also make a good substitute for Brie Cheese. The Fromagerie Guilloteau company produces it. It has the same properties as Brie cheese; this makes it an easy swap for Brie cheese in any recipe that calls for Brie. Like Brie cheese, it is a ripened double-cream soft cheese. The only difference is that Fromager d’Affinois undergoes an ultrafiltration process.

The ultrafiltration process gives it a pleasantly rich, sweet taste which can turn a simple Brie recipe into something you look forward to every day.

When substituting, use a reduced quantity, 1/2 instead of 1. 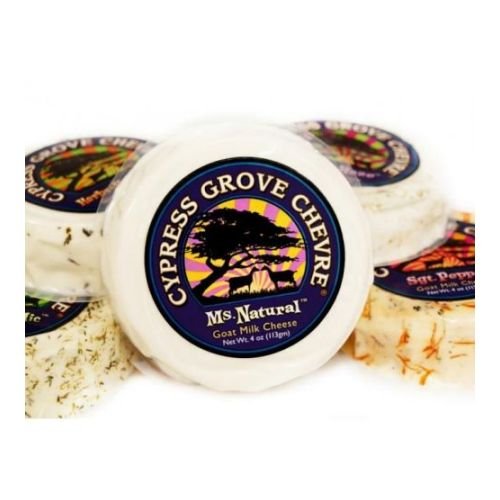 This triple cream soft cheese is also a native French cheese. Just like Brie cheese, it is ripened cow’s milk cheese. It originated in the île-de-France region of France in the 1950s. It was created in honor of the first U.S. satellite, the “Explorer.”

Explorateur has a mild buttery flavor with hints of mushrooms and fruity undertones; this can be a delicious addition to your dishes. The cheese has a slightly firm interior that becomes runny when it ages.

Explorateur has the same mild flavor associated with Brie Cheese, so it would be an excellent substitute for it. Use a 1 to 1 ratio when substituting.

What other cheese can I use to substitute Brie Cheese?

If you only need the texture of Brie cheese, you should use the Italian Gorgonzola cheese. It has a soft texture, just like Brie cheese, although it becomes harder as it ages, and it may have a different flavor from Brie cheese.

What nutrients can be found in cheese?

Cheese is a good source of vitamin A, vitamin B-12, phosphorus, zinc, and riboflavin. It is also rich in calcium, protein, and fat.

To sum up, everything that I have said so far; Brie cheese can add that creamy, rich flavor to whatever is being prepared, and for this reason, it can be spotted in several recipes if you come across one of these Brie Cheese recipes but don’t have Brie, no need to worry because there are suitable substitutes for this double-cream soft cheese.