Whether you’re making mashed potatoes, pasta, or even a cup of coffee, half and half undoubtedly makes them taste richer or more flavorful. But with the rising percentage of people suffering from obesity, it is advisable to cut down some calories.

Half and half may be a healthier option over cream, but when compared to milk, you realize it is more fattening because it is made from whole milk and heavy cream, both rich in fat.

You shouldn’t throw half and a half away from your diet completely, but when you need a healthy substitute, or maybe you don’t have any half and a half left, there are some options to be familiar with.

What is Half and a Half?

Well, half and half can be any beverage made by mixing equal parts of two substances, but let’s narrow it down to just milk and cream. The most common half and half is the mixture of half whole milk and half-light cream, and it looks like milk, only creamier or thicker.

Half and half were invented by William Boutwell of Boutwell Dairy in Lake Worth Beach, Florida, and distribution started around 1927 to 1956.

Uses of Half and Half in Recipes

Half and half is half milk, half cream, so it shares some characteristics with these two items, respectively. It can be used as a base for mixing dry ingredients; it can also be used in some rich, velvety sauces or a cup of coffee when you want a balance between thick and thin.

Half and half are usually incorporated into something else; it is rarely consumed independently. This is because it isn’t sweet due to the absence of sweeteners, but it has a rich, creamy flavor, and some people say it may be more flavorful than milk.

Here are some recipes that include half and half in them;

Healthy Substitutes for Half and Half

Just like every item in the kitchen, you’ll eventually run out of half and half and need to have a replacement in hand, a healthy one at that. 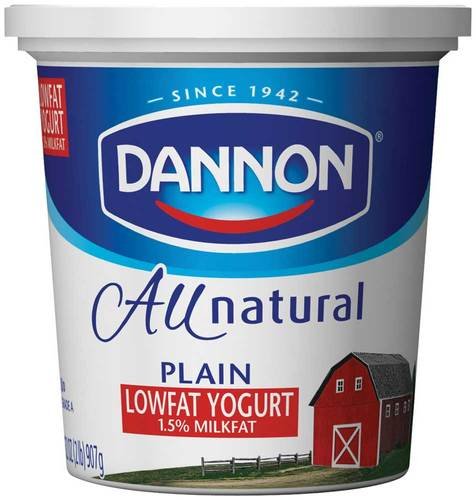 Plain Yogurt is undoubtedly a good substitute for half and half, and it has the same creamy smooth texture and is a dairy product. It is also a good source of calcium and protein, making it a healthy replacement. Plain Yogurt contains fewer calories than what is found in regular Yogurt. This is perfect if you want to cut down some calories you get from consuming half and half.

Switching to Yogurt can have some health benefits like enhanced gut microbiota, stronger bones, and teeth. It also prevents digestive problems and adds needed protein to the weight loss diet. Use the same quantity of Yogurt where the recipe calls for half and half.

Another suitable substitute for half and half is soy milk. Like Yogurt, soy milk is also a healthy replacement because it isn’t high in calories, and it still has that creaminess of half and half. There are also different branded soy milk, which is inconsistent if you want something thicker.

It isn’t a dairy product, so it is good for vegetarians, vegans, or lactose intolerant. Soy milk has enough protein your body needs, but sadly not as much calcium as Yogurt or other dairy products, so if you’re going to stick with soy milk, you may also need supplements.

Soy milk is also very versatile and easy to find, so there is a high possibility you already have it in your kitchen, and if you want to substitute, use a 1:1 ratio.

Low-Fat Half and Half 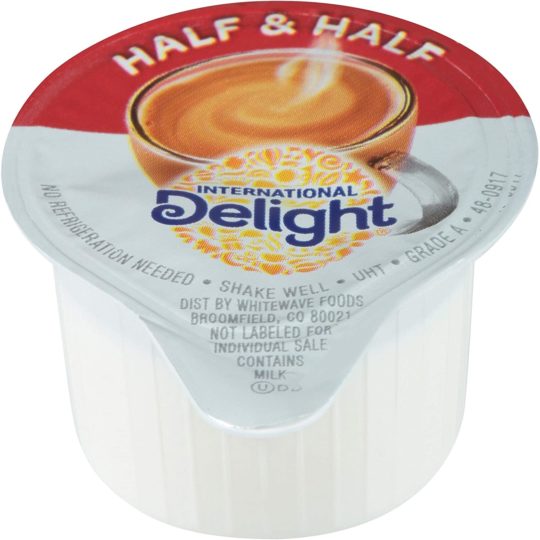 If you’re on a weight loss diet, but you still enjoy having half and half in your meals, then opting for a low-fat substitute may be the best option. Unlike regular half and half, which contains 30-40 calories and 3.5g fat per serving, this low-fat option has just 20 calories per serving and 0g of fat. But, just like the real deal, it maintains that creamy, rich texture and flavor, so you may not even remember you made a switch.

When substituting, use a one-to-one ratio.

Homemade Half and Half

If you want to get the best results, I guess you have to do it yourself. Making a homemade substitute for half and a half maybe more fun than stressful, plus it’s super fast. When making your very own half and half, instead of going for whole milk, you should opt for low-fat milk instead, using just ⅓ cup of cream and ⅔ cups of low-fat milk, you get the same result but with a lower calorie count. Feel free to substitute the same amount into your food.

Is half and half healthier than milk?

Both contain more vitamins and minerals than other non-dairy buttermilk, and this is because they are less processed. But when it comes down to the two, milk is a lot healthier because it has less cholesterol and saturated fat.

Is half and half healthier than heavy cream?

These creams are high in saturated fat, calcium, and calories, but heavy cream has more fat and more cholesterol than half and half.

Is it half and half keto?

If you are on a ketogenic diet of 50g of carb daily, you can incorporate plain unsweetened half and a half into your meal, and it has 0.6g of carb per tablespoon.

Half and half can elevate the texture of whatever it is incorporated into; it can turn a regular morning coffee into something you look forward to every day. But in case you want a healthier alternative, or maybe you just ran out of half and half, there are suitable substitutes for the cream.