An amazing dinner starts with the main course, and pork roast makes an excellent contender on the list. And some of the best varieties are prepared using a pressure cooker. But you may find the timing hard to map, especially if you’re new to this cooking method. But here, we’ve got you covered with the most exciting tips for preparing delicious pork roast in an instant pot! 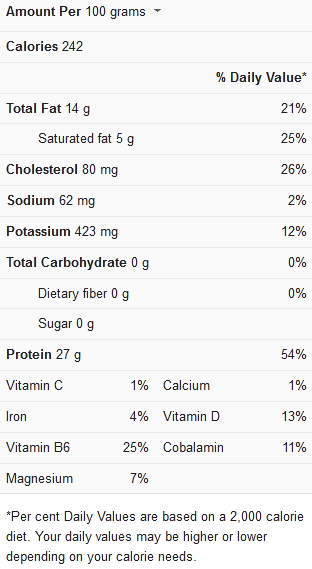 Why Cook Pork Roast in a Pressure Cooker?

You may wonder why you should bother preparing pork roast in a pressure cooker, especially if you’re an unapologetic disciple of oven cooking. But note that some cooking techniques present some superiority over others regarding certain factors. So, if you’ve questioned the idea of using an instant pot for pork roast, these perks below should change your mind;

It’s Quick- The instant pot is a speedy kitchen appliance and very few foods can withstand its record cooking time, including pot roast.

It’s Easy- The procedure for a pressure cooker pork roast is straightforward, such that even a novice can make a dashing meal on the first try.

It’s Juicy- If you crave a moist and tender serving of pork, then the pressure cooker is your best friend. The technique employs steam to infuse flavor into the meat, leaving you with a juicy experience at every bite.

The instant pot is a sure way to present your guests or family with a juicy, tender serving of pork roast. But before we jump to the cooking duration, let’s explore what you need to know when preparing pork roast.

Pork meat is renowned for its high-fat content, and roast cuts mostly come with a significant fat layer at the top. You’ll want to trim this off so the meat doesn’t come out too soft, but you can also leave it on if you prefer extra-tender pork roast. But you also have to slice off the silverskin; a tough skin layer on the roast’s surface that doesn’t cook to softness.

Pork roast welcomes a wide range of flavors, and the instant pot excels at infusing ingredients into the meat. But if you aren’t big on flavor complexity, you can stick with the usual salt and black pepper combo for your recipe. Other lovable options for seasoning pork roast include Italian seasoning, paprika, thyme, cayenne pepper, chili powder, garlic salt, and onion powder.

You can also consider fresh herbs and aromatics like celery, minced garlic, diced onions, rosemary, marjoram, sage, and fresh thyme. And if you prefer a spicy or umami angle, consider sauces like Tabasco, soy, Worcestershire, tomato, or Sriracha hot sauce.

Whatever seasoning options you choose, it’s important to be liberal with them. Pork roast is quite accommodating to flavors, and a considerable amount guarantees maximum deliciousness.

Once the meat has been seasoned, you’ll need to sear it and note that this step is important for locking in the moisture. When pork roast cooks, the tissues shrink, releasing moisture into the cooking medium. But searing the meat solidifies the surface, allowing the meat to retain its moisture as it cooks. Plus, it gives it an appealing crispy brown surface.

After searing, add the water to the pot and scrape the browned bits into the liquid to make a broth. Ensure to use a wooden spoon for this purpose so you don’t damage the instant pot’s bottom.

The pork roast’s size determines how quickly it cooks in an instant pot and the general rule is15 minutes per pound. By this parameter, an average three-pounder will need about 45 minutes to fully cook. Note that you’ll need an additional 10 minutes to allow the pot’s pressure to completely drop before venting the valve and opening the lid.

You’ll need to allow the pork roast to rest for a few minutes (five to 10 at most) before slicing. And you can cut it into individual slice portions or serve it whole after rest, to be sliced at the table. The meat can also be served with gravy made from its pot juices, or any other toppings you desire.

This video is also available for more help.