Chartreuse is a pretty old liqueur made by Carthusian Monks since 1737, according to the directions written in a manuscript by François Annibal d’Estrées in 1605. It’s named after the monks’ Grande Chartreuse monastery, situated in the Chartreuse Mountains in the Grenoble region in France.

The liqueur is distilled in Aiguenoire, and is also known as ‘Chartreuse Verte.’ It derives its unique character from its natural color, power, and aromatic complexity from 130 plants, bark, roots, flowers, and spices. Its development calls for weeks of work, and it’s made in various stages.

First are the grinds made by the monks in the plant room at the Grande Chartreuse monastery, then distillation to achieve the aroma. The next stage is maceration to extract the active ingredients from the plants and give the liquor its natural color. It’s then left to age in oak casks for a long time before being bottled, and its complexity continues to develop in the bottle.

Green Chartreuse, like its name, has a green color. It’s a spirit that starts sharp and herbaceous, settling into a warm and almost minty finish. It has been used in cocktails or cooking sweet and savory recipes since the 19th century. And it possesses a unique character.

Due to its bold, unmistakable flavor and unique hue, green Chartreuse is a catch for s. It combines well when added to Daiquiri. It is also present in Bijou, which is majorly a Negroni with Chartreuse in place of Campari and the Chartreuse Swizzle, a new age classic that combines green Chartreuse with pineapple.

Green Chartreuse works beautifully in cocktails but is also used to enhance the flavors and give a nice kick to a parfait, ice cream, and souffle. This liqueur is present in so many recipes from around the world, some of which are;

Because it’s so hard to replicate, few replacements exist for this unique liqueur. But we’ve dug up some items we consider the closest in terms of complexity. Here they are; 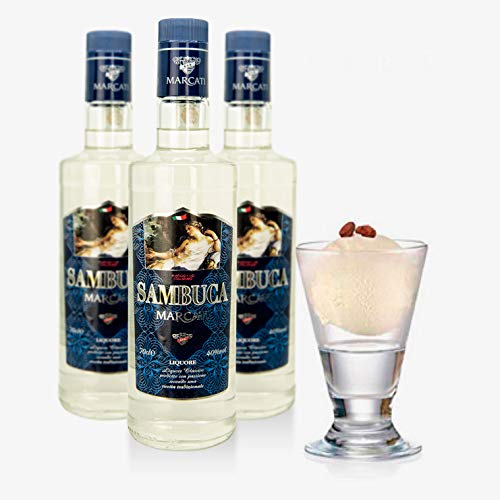 This substitute is an Italian anise-flavored, usually colorless, liqueur. Its most common variety is white Sambuca to differentiate it from other varieties that are deep blue (black Sambuca) or bright red (red Sambuca). This clear Italian liqueur is flavored with the essential oils from star anise or green anise, giving it the unmistakable character of licorice. It’s often served neat; it has a natural affinity with dairy to be applied to other forms besides just coffee.

Try Sambuca on ice cream or mix it in a milkshake, or use its refreshing anise flavor as a counterpoint to sweet fruits, drizzling it over chunks of fresh pineapple. Anise can be polarizing, but pairing it with flavor profiles that play well together can turn a categorized spirit into a crowd-pleaser.

Strongly flavored ingredients work best with the liqueur, especially when used to make powerful, intense syrups. Mint, pineapple, figs, and coconut carry such strong flavor profiles that they seem quite capable of combining well with Sambuca’s strong flavors. As an added benefit, the beverage’s high alcohol content allows it to catch fire easily and caramelizes the sugars in any drinks that are flambéed.

Grand Marnier is used in several pastries, such as liquor cream buns, and can also be used in the French Christmas dessert, Bûche de Noël (Yule log). It is regularly used in cranberry sauce, as sweetness and citrus contrast the cranberries’ bitterness. It is also an ingredient for the preparation of flambé dishes, such as crêpes Suzette, Grand Marnier soufflé and crème brûlée.

It can also be used in the sauce of the “Canard à l’orange” roasted duck dish or drizzled-over vanilla ice cream. It can also be added to some fruitcake recipes instead of brandy. Grand Marnier is a testament that this liqueur can properly replace green Chartreuse in desserts, especially souffle.

Orange juice is packed with nutrients, as it contains naturally occurring vitamins and minerals. It’s used in cooking fat-free salad and marinade dressing. It can be brushed on various foods to enhance their flavors during or after cooking, can also be used in sauces and glazes, and can be added to everything from appetizers, marmalade, and desserts. It works well to replace green Chartreuse in parfaits and ice creams.

Genepi is lovely and neat but adds complexity to each of the cocktails. Its flavor and aroma are somewhat like a mintier, sweeter, and less bitter absinthe, without the anise/licorice overtones, lending itself to cocktails that might favor a Chartreuse or possibly absinthe.

However, the different brands have their style and strength; thus, like absinthe, Genepi liqueur cannot be generally called for in a recipe without variations in the final flavor. Like Chartreuse, it has a herbaceous sweetness used in boozy stirred drinks and citrusy, refreshing ones.

This is another substitute that’s anise-flavored. It’s a spirit derived from several plants, including the flowers and leaves of sweet fennel, grand wormwood, green anise, and other medicinal and culinary herbs. Traditional absinthe has a natural green color, but varieties may also be colorless. It’s sometimes called a liqueur but isn’t traditionally bottled with added sugar, thus categorized as a spirit.

This liqueur is traditionally bottled at a high level of alcohol by volume but is normally diluted with water before being consumed. Its predominant bitter flavors of anise, fennel, and licorice are unfamiliar, if not altogether unappealing. If you don’t love black licorice candy, it might take you some time to get into the absinthe. It’s also really strong, usually about 60–70% alcohol, so you’ll always want to dilute it. It was classically manufactured from dried wormwood, anise, and fennel.

How do you drink Green Chartreuse?

To get the most out of the flavors, Green Chartreuse should be enjoyed very well chilled or on the rocks. It also works well as a digestive.

Green Chartreuse can be kept at room temperature and will keep for a long time, provided the alcoholic volume is around 20 percent or more. But, if the liqueur’s color, texture, or smell seems off, throw it out to avoid getting sick.

What happens if you drink expired liqueur?

If you drink liquor after it’s been open for more than a year, you generally only risk a duller taste. Flat beer typically tastes off and may upset your stomach, whereas spoiled wine usually tastes vinegary or nutty but isn’t harmful.

Green Chartreuse is a holy grail, and I’m not being metaphorical. This liqueur is made of secret ingredients and is worth all the hype and praises as it stars in many cocktails. Parfaits, ice creams, and souffles are other foods that benefit from the strong kick and nice flavor blend it brings. But replacing this unique ingredient won’t be a walk in the park, so we’ve saved you the trouble by bringing some amazing ingredients that can help get you close to when using green Chartreuse.