The vanilla flavor is probably one of the most alluring globally, which explains why it’s so popular. Almost everywhere you turn, there’s something that tastes as such; cookies, cake, ice cream, even liqueur. And when making recipes at home, having a jar of vanilla extract can be the best way to add this effect to your dishes. But like every other favorite flavoring in the pantry, we may finish it out of excitement and forget about it.

What is Vanilla Extract?

The name itself is definitive of the source; the vanilla extract is derived from the vanilla plant. The plant is related to the orchid and is unique for being the only one in the family to produce such a flavor and aroma. Vanilla is grown under special attention and care to make its fruit– sweet-smelling beans in a pod. And after the beans are harvested and processed, some are steeped in a liquid base.

The base for soaking vanilla beans may be water or alcohol, depending on the producer. And the beans can be left for months, depending on how quickly the producer wants to get results. The final product is a dark-colored liquid that’s packed with vanilla flavor and aroma. And most times, vanilla extract is sold in small bottles at grocery stores. The reason is that the process of harnessing the aroma and flavor takes time, and only drops of the extract influence your cooking.

This highly-potent flavoring is rich in vanilla essence, a combination of warm sweetness with an alluring floral fragrance. These properties allow users to infuse an exotic effect in their cooking with vanilla extract. As such, the ingredient is highly utilized in dishes where a sweet flavor is essential. And it’s also used to contribute a dash of floral fragrance to recipes.

Vanilla extract can also be added to savory dishes as well. You’ll find it mixed into wet ingredients for infusing flavors in meats, fish, and vegetables for grilling. It’s also great in glazes and works on all kinds of meat.

Foods aren’t the only places where vanilla extracts are added. You’ll also find them heavily used in special drinks, both alcoholic and otherwise. Many regions even add it to smoothies and fruity blends for an exciting taste. And it’s an integral ingredient used in baked goods, fruit dishes, and lots of creamy and cold desserts.

Famous examples of recipes where the vanilla extract is commonly added include the following;

Vanilla extract is undoubtedly a powerful ingredient. But many reasons may cause you to consider replacing it. You may have run out and need a quick-fix solution on the spot. Or you may what to ignore it because of its commonly high price.

Also, some of the purest vanilla extracts are steeped in alcohol, which may not be appealing to some. You may also have environmental concerns regarding the production of vanilla extract.

Whatever your reservations or reasons, you can still create a similar exotic effect as this floral liquid. And these alternatives are some of the best ways to go about it. 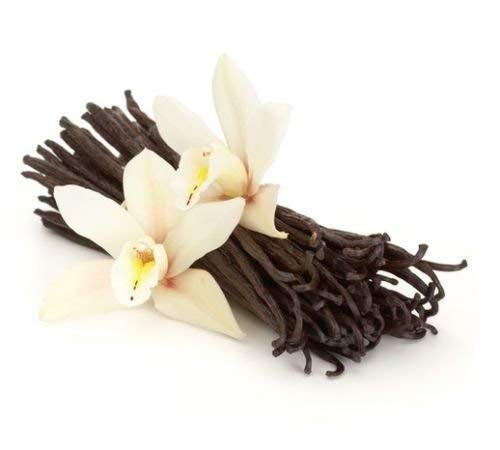 If you’re out of vanilla extract but have some vanilla beans at home, then your problem is solved. Since it’s the primary source of flavoring, you’ll get a perfect substitute and more potency in flavor. You would need a whole pod to replace a teaspoon of vanilla extract, and this substitute can perform in any recipe that calls for the essence.

To use the beans, take them out of the pod and split them in half. Then, scrape the inside of each seed till you’ve extracted all of them. This scrapping is rich in flavor and fragrance and will offer as much effect in your recipe as expected from vanilla extract. 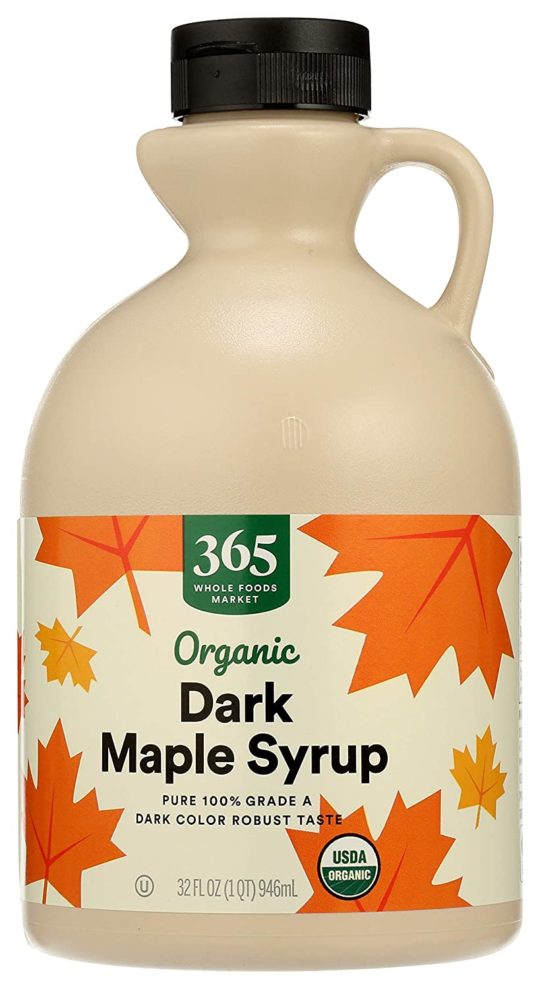 Not only is maple syrup an ideal replacement for vanilla extract, but it’s also an easy one to find. You may not even have to hit the grocery store, as we often have a bottle of it in the fridge. And if you do need to go shopping, you’d find that maple syrup is much cheaper than vanilla extract. Plus, it’s not just a budget-friendly substitute but also offers sweet and floral notes that remind you of vanilla.

You can use maple syrup in equal amounts as vanilla extract in most recipes. And it works in sauces, soups, desserts, and even baked goods as well. But if you’re concerned about calorie intake, note that maple syrup has a lot more than vanilla extract, carrying almost half as much as the latter contains. 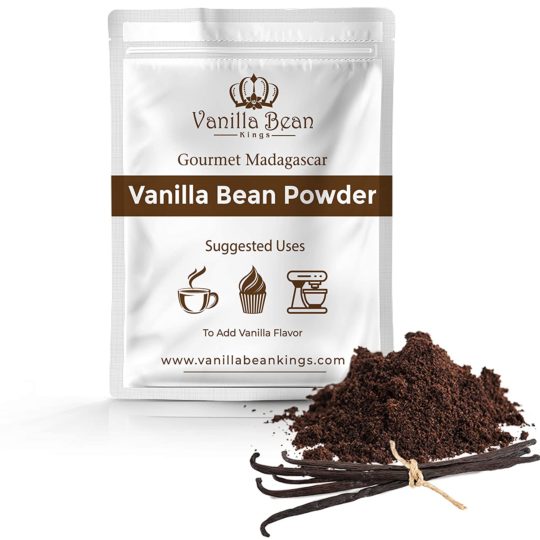 Vanilla powder is also called vanilla bean powder and is regularly sold in grocery stores as a condiment or flavor infuser. And because it’s derived from vanilla beans, it carries as much flavor as expected from the extract itself. The powder is mainly dried vanilla beans crushed into powdered form. And though it’s a bit pricey, it’s more affordable than vanilla extract.

You can substitute vanilla powder at an equal ratio with vanilla extract in any recipe. And it also works perfectly in baked goods, plus you can add it to desserts. But if you’re worried that its fine form will affect the consistency of the batter or dough, use half of it, then adjust till the desired thickness is reached.

Like vanilla extract, many others are derived from other fruits as well. And almond extract makes it the most suitable for use, especially in baking. The reason is almond extract shares a closer semblance in the earthiness and floral flavor with vanilla extract. Plus, its nutty taste is one that’s regularly welcomed in baked goods. 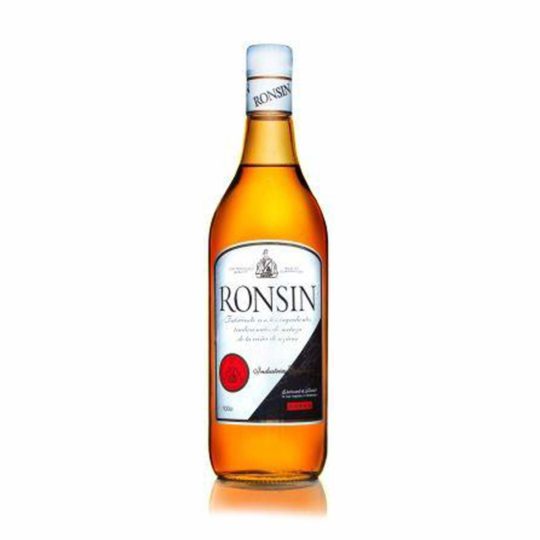 Some recipes excel with a few teaspoons of liqueur-based vanilla extract. And many prefer this variety compared to the water-based options. For such needs, you can consider rum as a flavor influencer to replace vanilla extract. It’s naturally warm and made with a blend of spicy and fruity flavors. And the latter factor allows it to offer a note that’s somewhat similar to vanilla extract.

As such, rum can be swapped at equal amounts with vanilla extract. It’s perfect in desserts and adds a warm flavor and fragrance to cakes and brownies. Of course, its profile isn’t as robust as vanilla extract. But it’s close and hints at a reminder of the original ingredient.

Can you skip vanilla extract in a recipe?

Yes, but only if it isn’t a star ingredient. Some recipes only need the floral, sweet flavor, and aroma of vanilla extract. You can infuse this effect with other substitutes or do without it if you can.

Yes, it can. Honey is just as sweet and has a slight floral aroma due to its nectar source. But honey is sweeter and sticky compared to vanilla extract. So, when using it, reduce the sugar in the recipe by half. Also, it’s best to check if the consistency of honey won’t affect the recipe.

Can I replace vanilla extract with cinnamon?

Yes, you can. Cinnamon produces a warm flavor that’s easy to notice in desserts and baked goods. And it can add this effect in place of vanilla extract in cakes, pancakes, ice cream, cookies, and other pastries. But cinnamon has an intense sweetness, so use half of it to replace vanilla extract in your dishes.

Whether you’ve run out of your batch or can’t fathom paying much for it, vanilla extract substitutes are all around you. And while some are familiar ingredients, others are surprising replacements that offer as many floral notes as expected. And they’re a great way to ensure you’ll always find a way to infuse sweetness and floral fragrance into your recipes.