Many Asian recipes offer a list of exciting ingredients, some of which we know. But not every item indicated in the list can be easily found around us. Water chestnuts, for instance, may sound like something to expect in British and American grocery stores. But these curious-tasting vegetables are a staple in Asian cooking, meaning if you aren’t close to such markets, you may not have them.

But you can take the time to find a substitute for the exciting ingredient. And that’s the beauty of vegetables; most times, their similar flavor and texture allow us to switch them. With water chestnuts, tons of alternatives are available. And what’s more exciting is you probably know one or two.

What are Water Chestnuts?

Before we talk about the substitutes, let’s chat a bit about the ingredient themselves. When many hear the name ‘water chestnut’, they probably assume it’s a chestnut plant growing in swampy areas. And while they’ll guess the second part right, they’re usually wrong about the first.

Water chestnuts or freshwater chestnuts are, in fact, corms, meaning they’re more related to cocoyams and potatoes than any nut.  And regardless of the name, these plants are primarily native to Asia, Africa, and many Pacific and Indian oceans. The chestnut is titled because the tubers have a paper-like brown exterior, peeled to reveal a fleshy white inside. And they do grow in marshy or swampy areas, and in places like China and Japan, the corms are rotated with swamp rice.

Water chestnuts combine a fruity sweetness with a mild hint of tartness in their flavor profile. And this taste blends with its crunchy texture for an even more exciting experience. The corms can be eaten raw, but they attain a crispy hint when cooked as well. And the tasty white flesh can be used whole, diced, chopped, or sliced into any desired dish.

This fantastic flavor and texture combination is why water chestnuts are an integral part of Asian cuisine. As a result, you’ll see it regularly featured in Chinese, Japanese and Korean dishes, as well as many others from Southern-Asian. The vegetable can also be canned after cooking and is heavily used in such applications. Plus, some places process the tubers into flour, and this form is sold at grocery stores and Asian sections at the supermarkets.

Water chestnuts are a regular inclusion in both sweet and savory Asian dishes, but they’ve also found a way into other recipes as well. And below are a few examples of delicacies where these crunchy tubers are added;

If you ever need a water chestnut substitute, you won’t be the first. These tubers aren’t as easy to find as you may feel. You may also need to find a quick replacement in times when you can’t rush to the store for fresh supplies. And these alternatives share similar properties with water chestnuts and will contribute them to your recipe. 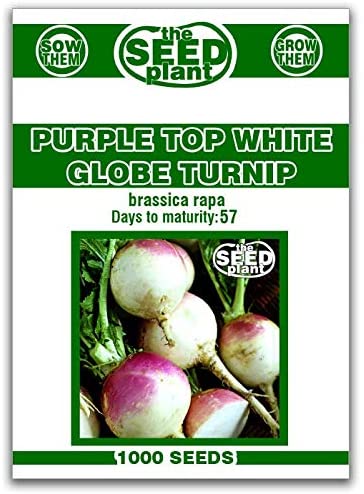 Compared to other varieties, white turnips don’t have a robust pepper flavor. And they’re also easy to find in grocery stores, so they make a great alternative to water chestnuts. All white turnips can be eaten, but to replace water chestnuts, you only need the bulb. So, trim off the roots and green parts, though the latter may be left if you’re cooking it with greens.

White turnips have a slight hint of peppery flavor which works in many Asian dishes with water chestnuts. But they also have a somewhat sweeter note than the tubers, so both factors cancel each other out. And if you’re sure the flavor of white turnips won’t bother your recipe, then you can use them as an equal substitute for water chestnuts. 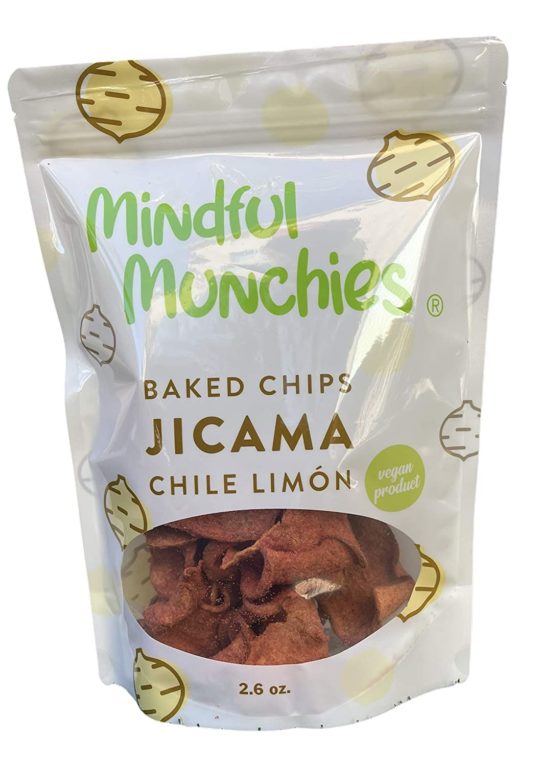 If you’re looking for the closest thing to water chestnuts in flavor and crunchiness, then this option is it. Jicama is a root plant that’s closely related to potatoes. It also contains more protein and fewer carbs, making it a good choice for low-carb diets. You’ll also find white color almost identical to water chestnuts, allowing it to be prepared in similar ways. And if you’re using lots of water chestnuts in your cooking, then jicama makes the perfect one-to-one replacement.

But jicama works best for short cooking times, especially if you want it to be just as crunchy. And this way, its sweetness easily pops out of the soft tuber and overwhelm your dish. Jicama also doesn’t work as a natural substitute for water chestnut, as it’s too starchy. But it’s excellent in most other delicacies and holds well in friendly recipes as well. 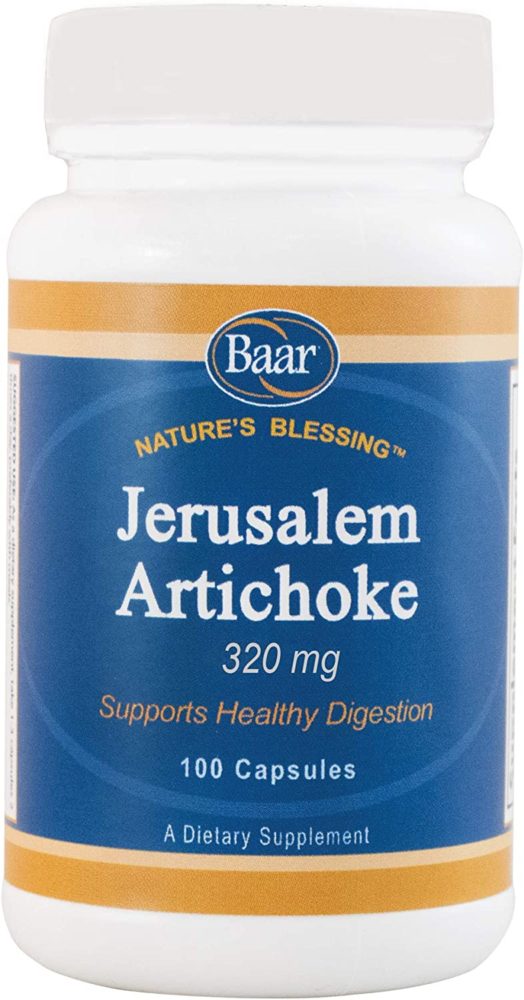 If you can’t find these roots under this name, then consider looking for them as sunchokes. But whichever term they’re sold as, you’ll get a plant portion that looks like ginger root but isn’t. Jerusalem artichokes aren’t related to artichokes at all, but the sunflower instead. And the root portion of the whole plant is what’s sold and eaten and to be used to replace water chestnuts.

Jerusalem artichokes are great as raw ingredients, making them a perfect equal water chestnut substitute in cold dishes. And the skin needs to be peeled before they’re diced or chopped. It’s also imperative to note that the firmer the sunchokes, the better it’ll work as a water chestnut replacement. Also, this firmness and smooth skin mean it hasn’t over-ripened and will deliver the right crunchiness to your dish. 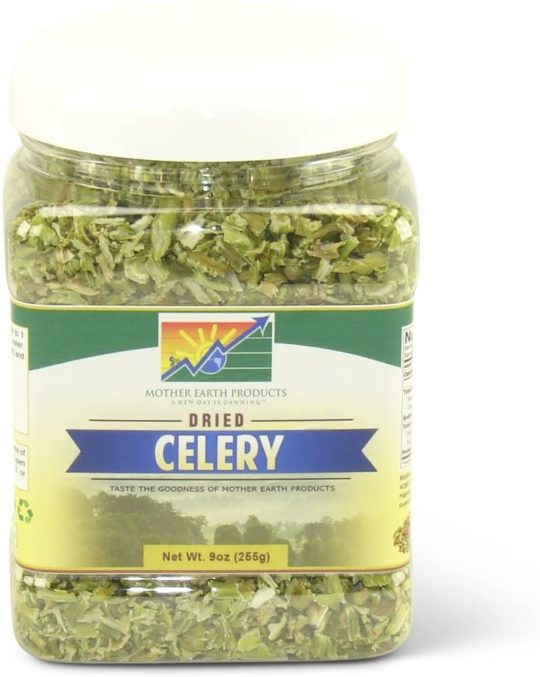 Sometimes, only small amounts of water chestnuts are added to dishes for crunch and body. And in such cases, you can consider equal amounts of celery as an alternative. These vegetables are easy to find around us, and most have gotten familiar with their flavor. So, it can be used for substituting water chestnuts in some recipes, though the taste and color may be similar.

Still, you can find a way around the second aspect by opting for stalks with as much whiteness as possible. Also, note that you’ll need to finely slice the vegetable, and do so in a crosswise direction, so the fibrous rib becomes inconspicuous. Celery also softens when cooked, so it’s best added at the end of the cooking process. 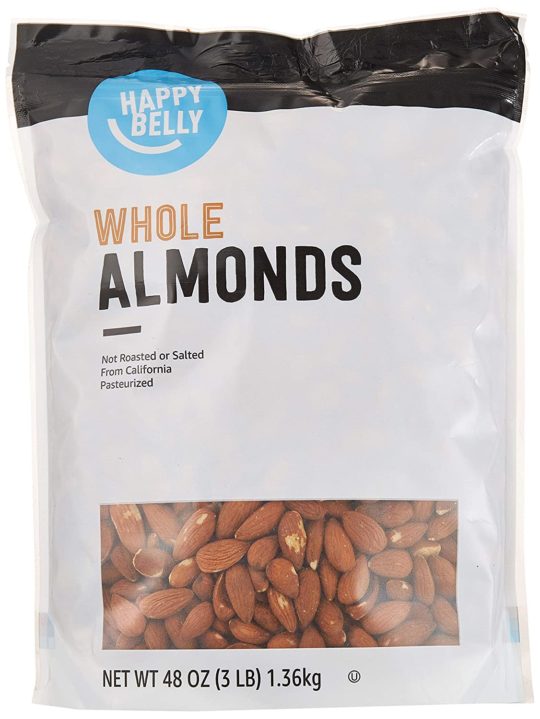 Almonds are also easy to find around us, though most times, we only need a bit of it for our cooking. But they can still replace water chestnuts in loads of recipes and add an explosive nutty flavor to your dishes. Raw almonds make the best options for this purpose and are also just as crunchy. Plus, they can be made into flour, like water chestnuts, and will still serve in similar applications.

But note that almonds are slightly bitter compared to the sweet, juicy flavor of water chestnuts. But they still work as ideal equal-ratio substitutes in most situations, including recipes that thrive on crunchiness.

Are water chestnuts in a can?

Sometimes, yes. Water chestnuts can be sold either fresh or sealed in cans. And the latter can also be used in many recipes that call for freshwater chestnuts. But note that the canned varieties may not be as tasty as the fresh ones due to the preservative method.

What ingredients are in water chestnuts?

Water chestnuts are renowned for mainly containing water, estimated to be around 74%. But the second-largest composition is carbohydrates at 24%, with only 1% protein and even less fat.

What’s the difference between chestnuts and water chestnuts?

Chestnuts are actual nuts and grow from the flowers of trees that belong to the beech family. But water chestnuts grow underground as small tubers or corms and are part of a plant that’s related to sedges.

Water chestnuts are the go-to ingredient for original Asian recipes, but you may not always have them around you. So, why not try these substitutes instead, and get the same crunchy effect you’d expect from it? Many will even add a tasty flavor to your dish, so you get a double advantage. And you’ll find most of them around you with little hassle, so they make convenient alternatives.