The taste of anise is similar to that of licorice, fennel, or star anise and is used in many baking and cooking products. It is also used in perfumes and soaps. The best way to learn more about this unique spice is to try it yourself. There are many different ways to use it and discover which one you prefer. Here are some tips to get the most out of your next culinary adventure. 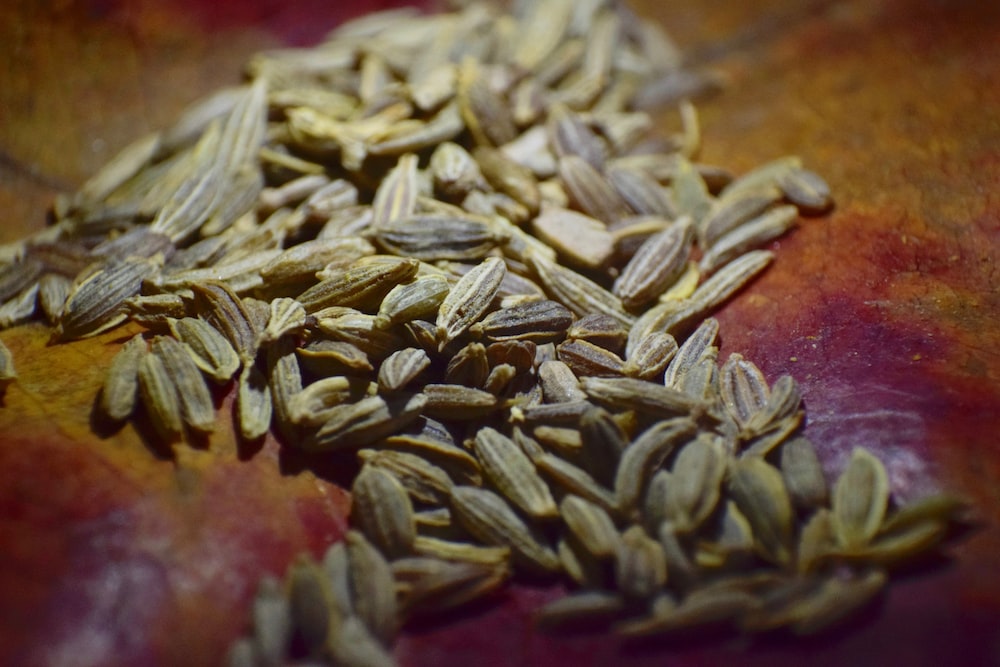 A sweet, licorice-like flavor is what distinguishes anise from other spices. It can easily overwhelm a dish, so it is often used in recipes. It is often substituted for cinnamon in a recipe because its intense flavor is difficult to disguise. Also, it can be substituted for the bitterness of licorice, so be careful when choosing a substitute. Adding an extract to a recipe can make it taste better than adding the seeds themselves.

Anise seed is a spice that can be ground or used whole, and the seeds are also used to make anise essential oil and extract. The Pimpinella anisum plant, cultivated in Egypt, the Middle East, and Europe for centuries, produces the seeds. The licorice-scented seeds are small, brownish-gray, and slightly curved. The plant also has aromatic leaves and stems that taste like licorice, fennel, or tarragon and can be used as a herb.

Anise is sweet and sour, but it is not a food. It can be used in spiced cakes but is a more common spice. Its origins date back to 1500 B.C. and are a parsley family member. It is native to the Mediterranean and China and has an anise flavor similar to licorice. The ingredient’s aroma is very similar to licorice, but its taste differs.

Anise has a sweet, mildly spicy, and highly aromatic licorice flavor. Anethole, an organic compound related to estragole that gives tarragon and basils their flavors, is responsible for this flavor. One of the anethole’s most distinguishing characteristics is that it is highly soluble in alcohol but only slightly soluble in water. As a result, adding water to liqueurs containing anise extract causes the drink to become cloudy. This is known as the ouzo effect, named after a famous anise-flavored liqueur.

Anise has a licorice-like flavor, slightly less sweet and spicy than licorice root. It is often mistaken for licorice when steeped in tea. As a spice, anise is used in various foods and beverages. Its mild flavor makes it an excellent addition to any dish, and its spiciness can make the dish more appealing to people.

What is the Difference Between Anise and Fennel?

To begin with, anise seeds have a much sweeter and spicy flavor than fennel seeds, and the flavor of fennel is much milder. Furthermore, fennel is more commonly used in pork-based dishes, whereas anise is more commonly used in hard candies and flaky pastries. Another distinction between the two is whether or not fennel is considered a vegetable. In fact, the fennel bulb is used in various salads and has a crisp, crunchy texture. Anise leaves are occasionally used in salads, but only the leaves are used, and tea is also made.

What is the Difference Between Anise and Star Anise?

Both anise and star anise has a boozy flavor to them, and this is due to the presence of the ingredient anethole in both herbs. Like the herb fennel, these herbs are frequently confused with one another. So, what makes them so different? As previously stated, Anise is commonly used in pastries, candies, and liqueurs. Star anise, on the other hand, is more commonly found in Asian cuisine and is a critical component of the well-known Chinese dish “five-spice” powder. Star anise is also used in slow-simmering sauces to enhance the flavor of meats.

Are there any Medicinal Uses of Anise?

Aside from being used in baking, anise has many medicinal properties. It is believed to have been used by the Ancient Romans, and its use is as ancient as 1500 B.C. in India. It is an herb native to the Mediterranean region and has a strong flavor. Its seeds contain anethole, a substance with medicinal and culinary value.

Menopause is the natural decline in a woman’s reproductive hormones as she gets older, resulting in hot flashes, fatigue, and dry skin.

72 women with hot flashes were given a placebo or a capsule containing 330 mg of anise seed three times daily in a four-week study. Hot flashes were reduced by nearly 75% in severity and frequency in those who took anise.

Some of the compounds in anise seed may also help prevent bone loss, which is one of the most common symptoms of menopause and occurs as estrogen levels in the body decline.

Are there any Side Effects of Anise?

When consumed in the amounts found in food, anise is probably safe. There isn’t enough evidence to say whether anise is safe to use as a medicine.

If you have an allergy to a related plant, such as asparagus, caraway, celery, coriander, cumin, dill, or fennel, you may have an allergic reaction to anise.

Because there isn’t enough scientific evidence to know if medicinal anise is safe for pregnant or breastfeeding women, they should avoid it.

Because anise supplements may have estrogen-like effects, some people with hormone-sensitive conditions, such as hormone-dependent cancers (breast cancer, uterine cancer, ovarian cancer), endometriosis, and uterine fibroids, are concerned about taking them.

Certain medications may interact with anises, such as birth control pills, estrogen, and tamoxifen. If you take these or any other medications, talk to your doctor before consuming anise.

How to Grow Anise?

Anise is a widely grown herb in many parts of the world. It’s not only a rewarding crop to grow, but it’s also a lot of fun to grow. The flavor won’t be as sweet as it should be unless you grow it correctly. Take advantage of these helpful hints for growing.

What is the Culinary Uses of Anise?

Anise is a savory spice. The plant seeds are edible, and when ground, it gives a licorice-like taste. It is often used in alcoholics, and anise Anise is also used in sweet baking. If you’re unsure about the taste of anise, check out this food pairing guide. If you’re not sure, try one of the spices. A few of your favorite recipes might benefit from adding a bit of anise.

Anise is a spice that is native to south China. The flavor of anise is similar to that of licorice, but it’s more sour than spicy. In addition, it contains tiny seeds, which are used in many dishes and drinks. The seeds also have a pleasant licorice flavor and are also very aromatic. Anise is a popular ingredient in liquors.