As people become more aware of unhealthy diets and lifestyles, the popularity of healthy foods or ingredients has grown over the past few years. Ingredients that are beneficial to health have become common in many recipes, and one of these ingredients is almond flour, usually substituted for wheat flour in many baked recipes.

Almond flour has speedily gained popularity in keto recipes and is often added to simple baked recipes like pancakes, waffles, scones, and cakes. If you ever run out of almond flour and need a substitute, I would be sharing with you this article that will help you achieve your desired results in your recipe. 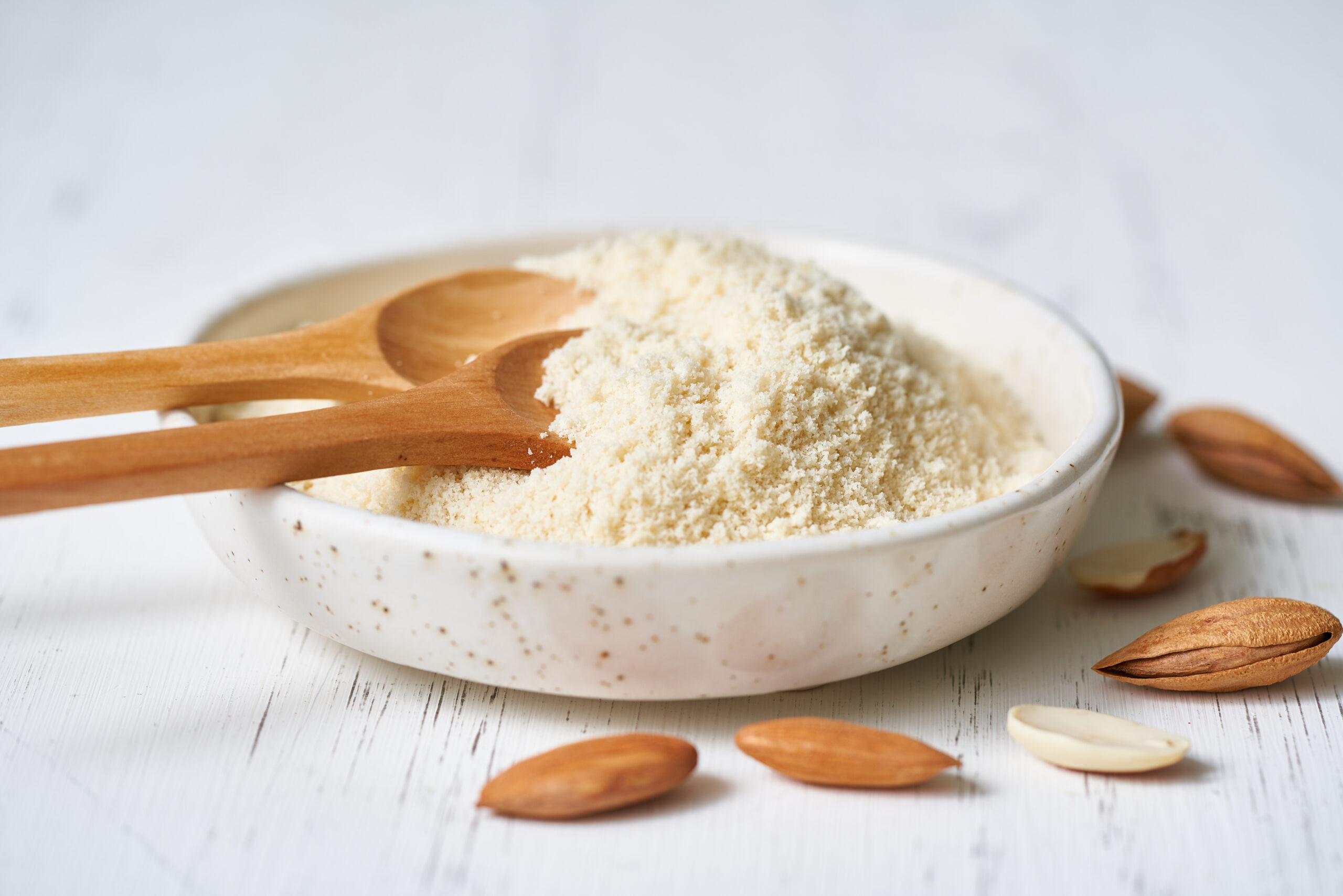 What is Almond Flour?

Almond flour is produced by boiling and peeling the skins of sweet almonds, then the peeled almonds are crushed into a whitish fine powdered texture similar to corn starch. It is often incorporated in baked recipes because it produces a moist textured, rich nutty-tasting pastry that is also low in calories.

Almond flour is often mistaken for the almond meal, which has a more brown color and a grainy or coarser texture compared to corn flour; this is because the skins of almonds are not always peeled off when processing it.

Almond flour has been cultivated over a long period; it originated from the Middle East in countries like Syria and Turkey before spreading out. It is not only beneficial in culinary, but it also houses some health benefits.

Almond flour is a staple in gluten-free, low carb, and keto recipes because it is low in carbohydrates but also high in fats. The fat content allows it to give that soft and moist texture to baked goods.

Almond flour is a rich nutty-tasting flour often used in place of wheat flour when making a gluten-free or low-carb meal. Almond flour is a baking staple; it is popularly used in making marzipan, almond macaroons, and sponge cakes; this flour is easy to incorporate in baked recipes, and the fat content in it helps in producing a moist pastry; its taste is also mild but rich that isn’t overpowering and can transform even a simple recipe to a rich-tasting one. Listed below are some of the delicious recipes you can make with almond flour.

Almond flour has become one of the necessary ingredients in a baker’s Kitchen because of its health benefits and qualities. Over the years, it has been successfully used as a healthy, gluten-free, vegan substitute for wheat flour, and it still produces quality tasting results.

Almond flour can be used in a whole lot of recipes besides baked ones, and it is important to know the basic measurements that would give the desired results, especially when using it as a substitute for wheat flour. So in this article, we will be looking at the required ratios to work with when substituting the almond flour for wheat flour or any other flour in recipes. 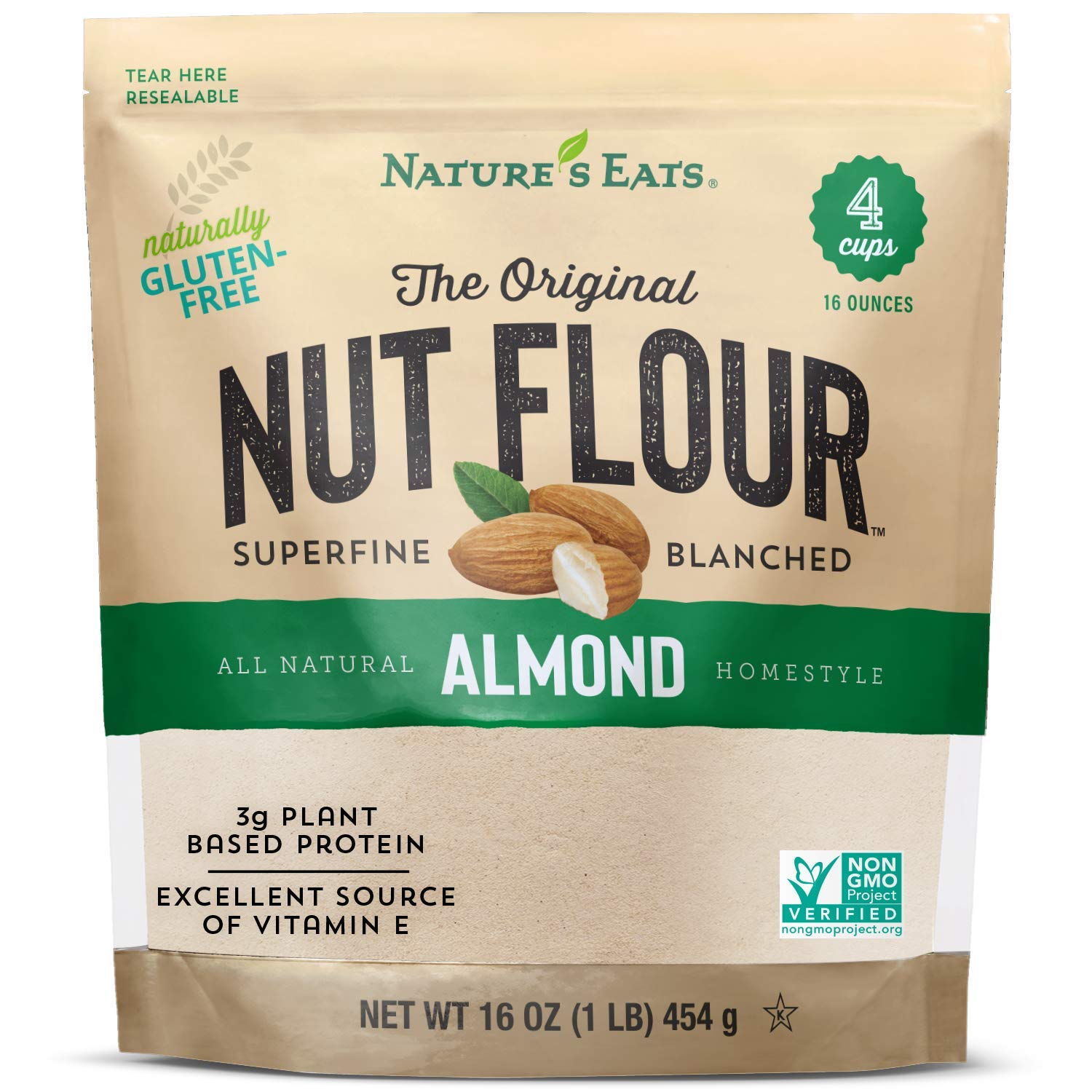 This is the first on our list because this is the area where almond flour is fully utilized. Almond flour is a healthy alternative in many baked goods; it is gluten-free, keto-friendly, low carb, and vegetarian. It produces soft or moist textured baked goods which would naturally have a longer shelf life, get a little rise or fluffiness, and taste as delicious as you intend it to.

Generally, in doughs made with yeast like pizza, rolls, etc., A 1/3 cup of almond flour can be used in place of a cup of any wheat flour, whether all-purpose flour or whole wheat flour.

Then for doughs made without yeast like scones, cakes, cookies, biscuits, etc. Almond, flour can be substituted for 1/4 or 25%f the flour in the recipe.

The use of nut thickeners is a practice that has been in existence since the middle ages, especially in the Mediterranean. In sauces, when a thickener is needed, the starch thickeners like cornstarch, flour, potato, and arrowroot starch are often incorporated because they can produce a very pleasing soft gel-like consistency.

In culinary, almond flour is not a direct substitute for cornstarch, but because of some food allergies or dietary preferences, it is incorporated in sauces.

When using the almond flour, it shouldn’t be mixed in a bowl with cold water before adding to the sauce because it would form clumps rather it should be sprinkled directly into the sauce and whisked with a wire whisk or fork. Keep stirring the sauce while adding small amounts of almond flour until you’re pleased with the texture. The ratio, in this case, depends solely on the sauce consistency you prefer, but be sure to start small so the final result wouldn’t be too thick.

As for rubs in fried foods

Most fried foods like chicken get that crispy outside texture with the addition of bread which usually has a dry base ingredient like flour. Breading is not only useful in taste and texture but helps to insulate the food underneath, trapping the moisture, cooking it evenly, and preventing it from direct exposure to heat and oil. Breading is often added in chicken, eggplants, fish fillets, etc.

Some food allergies or dietary preferences would result in almond flour as that dry base ingredient in bread. Almond flour breading produces a crispy and sweet flavored fried food. Almond flour can be substituted for any other flour with a 1:1 ratio.

How long would almond flour last?

Almond flour can be stored either in a refrigerator and would last for 6-12 months or in your pantry away from sunlight and last for 2-4 months.

What can I use if I run out of almond flour?

Can the baking powder be added to almond flour?

Almond flour burns easily compared to all-purpose flour, so when using almond flour, the rising agents like baking powder and baking soda should be slightly increased when adding to the recipe.

Almond flour is a principal ingredient in many healthy recipes, and it is also incorporated in other recipes that don’t call for it, too, due to dietary preferences. This article has provided some basic measurements you could apply when using almond flour as a substitute for other flours.