Radicchio is a mildly bitter-tasting leafy vegetable. Radicchio is a member of the chicory family, which is a group of leafy vegetables similar to cabbage. This vegetable is very popular in Italy and has gained in popularity in the United States in the last few years. It is eaten raw with just a bit of olive oil and salt, as well as mixed into a variety of salads. Radicchio is a very beneficial vegetable that can improve several areas of your health. 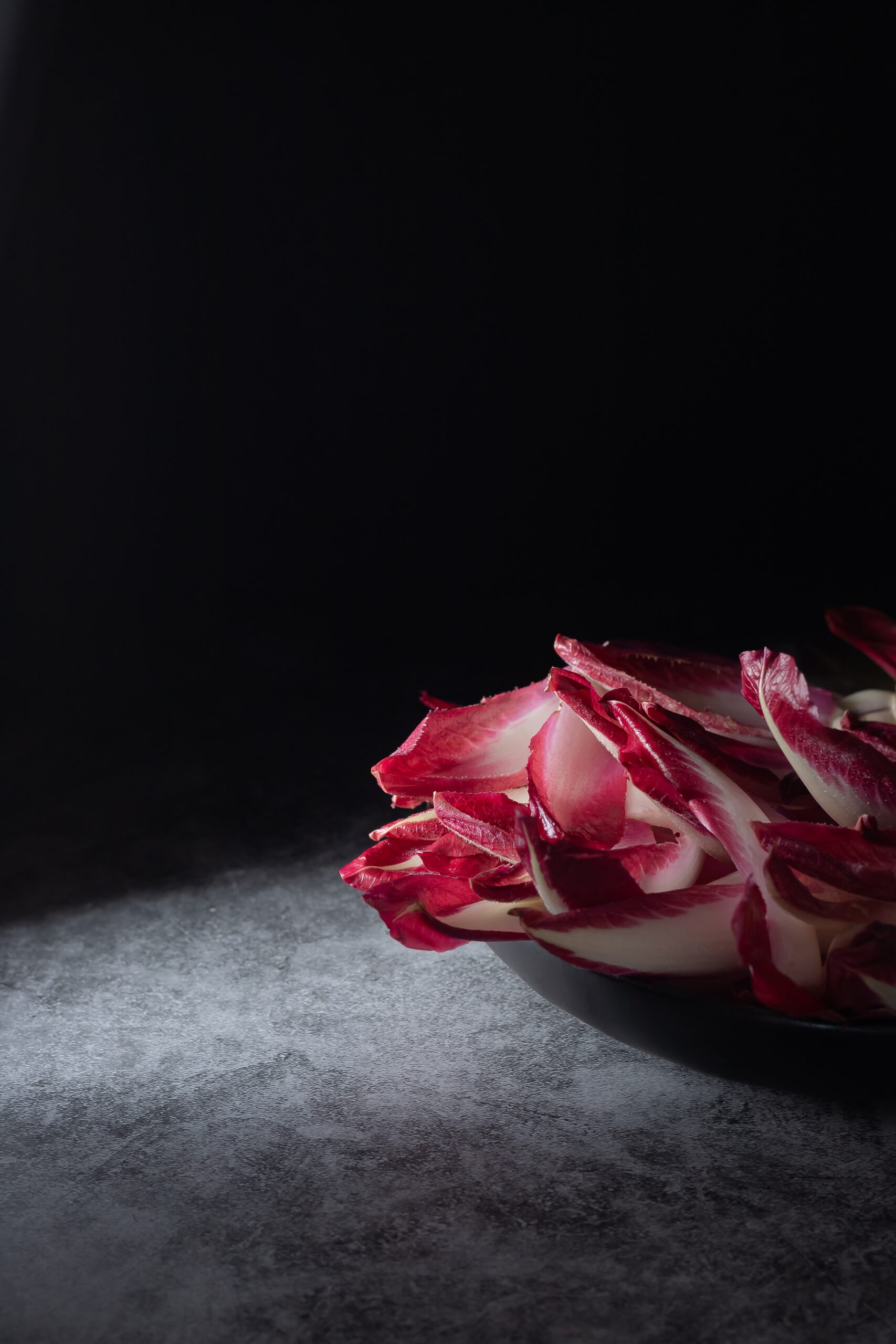 For the most part, it has a spicy and bitter flavor, but it mellows down when it’s roasted and grilled. Radicchio is rich in anthocyanins, which studies suggest have effects that fight inflammation, cancer, obesity, and diabetes. What’s more, radicchio may help promote brain health and prevent heart disease. Serving Size (1 cup, shredded) of this vegetable contains:9 calories, 0 fat, 0 cholesterol, 9mg sodium, 121g potassium, 2g total carbohydrate, 1g protein.

Often mistaken for each other in the grocery store, Chioggia radicchio and red cabbage are actually two different plants. Radicchio has a strong bitter taste with thinner and less waxy leaves than cabbage. Red cabbage has a milder taste and thicker, crunchier leaves with a more uniform purple color. You can sometimes swap one for the other in raw and cooked recipes, but the flavor will be markedly different. You can tell the two purple vegetables apart by radicchio’s distinctive white-veined leaves and deeper, redder background color.

Barbecued Rack of Lamb: A rack of lamb coated with an Asian-style barbecue sauce served with baby greens with a mint vinaigrette and crispy potato sticks.

Seared Ahi Tuna with Wilted Greens: Seared or grilled tuna steaks pair nicely with a dry red such as Cote Du Rhone or an Australian Shiraz. Their lush fruit and dry finish enhance the rich taste of the fish while providing a bright acid

It has a delicate appearance, and the taste is a bit bitter. In addition, it’s a widely used ingredient in salads. The best thing about Belgian endive is that it enhances the appearance of green salad. The bitterness is moderate, and it’s grown under the soil for preserving the fine flavor and keeping the color light.

It can be chopped to be used in salads, and people also bake and braise it for consuming it as it is. This substitute has an acquired flavor and can be served in contrast with sour and sweet flavors. As for the texture, it’s pretty crisp and refined. In addition, like radicchio, when you cook it, the flavors will mellow down, and the texture will be softer.

The second alternative is curly endive which has a hearty green color. This variety of endive has a narrow stem, and the leaves are very curly and have a frill. It can be consumed raw when added to salads, and cooking will mellow down the butter taste.

When buying the curly endive, you should buy the ones with deep-green leave, and the interior side has a pale yellow color. Also, make sure that the stem end isn’t brown and the leaves’ edges shouldn’t be black to wilted. If you want to store curly endive, make sure it’s stored in the fridge and will stay fresh for over two to three days.

Arugula is commonly known as rocket, and it’s the edible plant that makes it a suitable alternative for radicchio. It is a leafy vegetable, and its flavor is a mixture of tart, fresh, peppery, and bitter. In addition, arugula is used for seasoning pasta, along with pecorino and tomato sauce. In different parts of the world, arugula is served as a side with fish once it’s mixed with lemon juice and extra virgin olive oil.

On top of everything, its seeds are used to make taramira oil which is used for salads, cooking, and making pickles. All in all, it has an amazing nutrition count since there are carbohydrates and proteins available, along with vitamin K, vitamin C, vitamin A, calcium, manganese, magnesium, and folate. 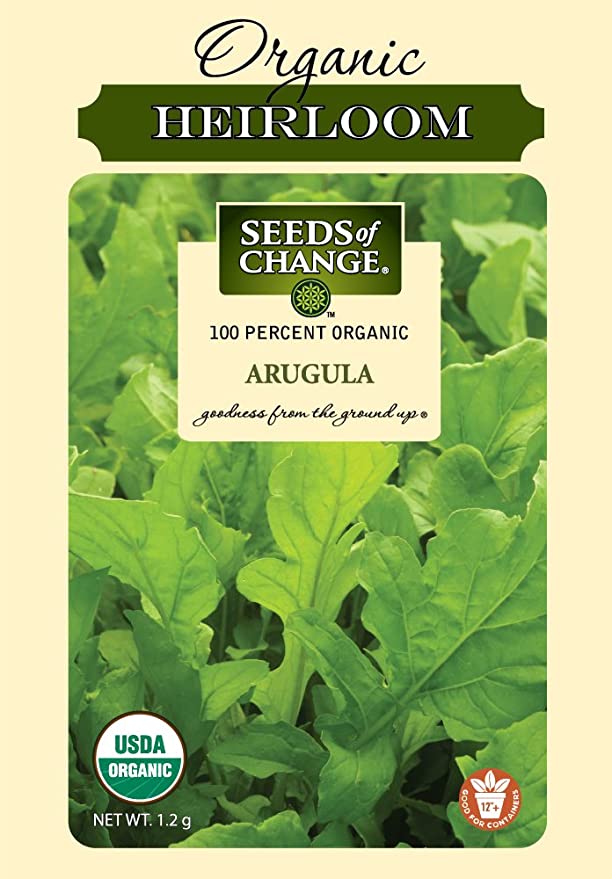 This is the aquatic flowering plant and is available in Asia and Europe. It has a leafy structure which means the leaves can be consumed just like radicchio. Watercress is a leafy green vegetable that is close to arugula in terms of bitter notes. In addition, people consume its fruit and stem in raw form. This substitute tastes like radicchio with an extra bitter tang. Substitute for an equal amount of radicchio necessary.

This leafy vegetable is mostly used in salads and it has a very distinct taste and flavor from any other green vegetable. Unlike radicchio which is red, this substitute is green and a rather desperate option. Romaine lettuce can hold the fourth for radicchios in terms of texture and use. It is widely used in Mediterranean cuisines, but it works great in salads and sandwiches.

Can I eat radicchio raw?

Yes, absolutely. Radicchio is simply red cabbage (but with a more bitter taste) and can be enjoyed raw in salads or as a standalone vegetable. But it can also be grilled, sautéed, or cooked. When cooked, the flavor typically tastes mellower and less bitter.

Is radicchio the same as chicory?

No, but both vegetables are of the same family. The common English name of these closely related plants is a cause for much confusion. Here chicory is used for the green variety of Cichoriumintybus, while radicchio is used for those that display red coloration. Both chicory and radicchio are leaf vegetables and merely varieties.

How do you store radicchio?

Radicchio can last for up to two weeks in the crisper drawer of your fridge, but for the best texture, use it within a week of purchase. Wash just before use and remove the outermost leaves before slicing. Raw, sliced radicchio will keep in an airtight container in the fridge for up to two days. Cooked radicchio will also keep for about two days in the fridge but is best eaten right after cooking.

Radicchio is a very beneficial vegetable that can improve several areas of your health. It can fight inflammation, cancer, obesity, and diabetes, and may help promote brain health and prevent heart disease. Radicchio has a spicy and bitter flavor, but it mellows down when it’s roasted and grilled. If you run out of this wonderful vegetable and need a quick substitute, consider the items on this substitution list.