Despite its typical taste, tilapia does not have a very distinct flavor. In fact, tilapia can even have an earthy or musty flavor. Often attributed to the chemicals used to grow tilapia, the answer is more complex. There are several different chemical components in lake water that can affect the taste of tilapia. The two most common culprits are 2-methyl-isoborneol (MIB) and geosmin, two compounds produced by bacteria and cyanobacteria. 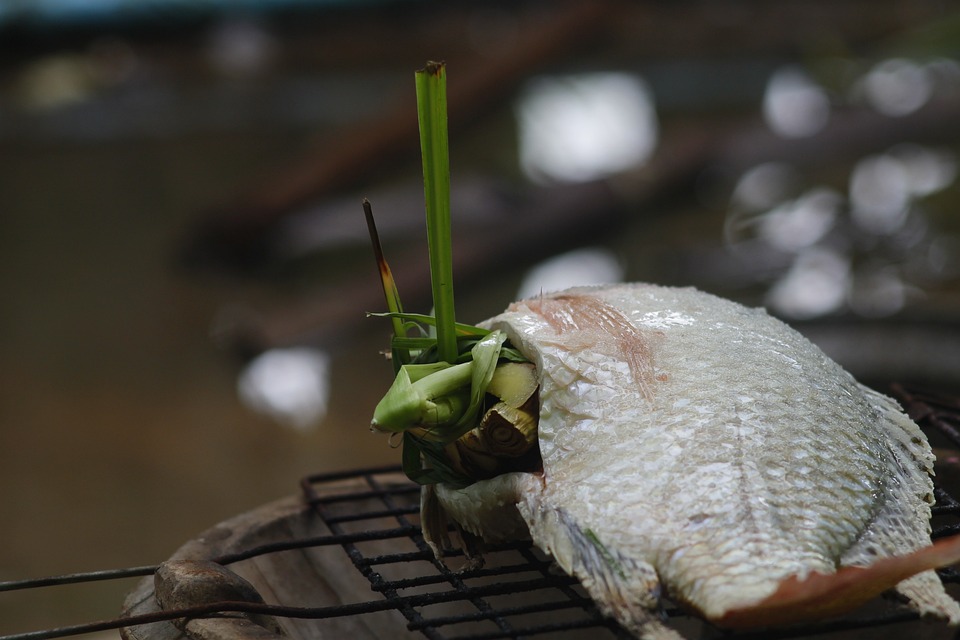 As far as taste goes, tilapia is mild, making it a versatile choice. There are many ways to cook tilapia, and the most popular are frying, grilling, or spicing. However, tilapia doesn’t have a strong flavor, so it can be grilled or pan-fried. Regardless of how you prepare it, tilapia is a healthy and inexpensive choice for anyone looking for an easy meal.

Tilapia is the common name for several species of cichlid fish that live primarily in freshwater.

Even though tilapia are native to Africa, they have been introduced worldwide and are now farmed in over 135 countries. Because it doesn’t mind being crowded, proliferates, and eats a cheap vegetarian diet, it’s an ideal fish for farming. Compared to other types of seafood, these characteristics result in a relatively inexpensive product.

Generally speaking, tilapia is a white, flaky fish with a slightly fishy flavor. It has a mild flavor and is suitable for you. It is also inexpensive and easily accessible, so it is the fourth most popular seafood in the United States. You can even find it in pet stores. But if you’re unfamiliar with the fish, try the most popular varieties and see which ones you like.

The taste of tilapia is mild, and it is a versatile fish that can be incorporated into many different meals. Unlike other types of fish, tilapia doesn’t require any fancy ingredients or equipment. To maximize the taste of tilapia, you should make it as fresh as possible, and you’ll love the flavor it gives to your meals! So, what does tilapia really taste like?

If you’re interested in learning about the flavor of tilapia, you should know that it is mild, which means that it doesn’t have much of a fishy flavor. Compared to other meats, tilapia has a mild, sweet flavor primarily determined by the environment in which it is grown. As long as the tilapia you buy is fresh, it is likely to retain its freshness for a long time.

Is Consumption Of Tilapia Dangerous?

1. According to recent research, farm-raised tilapia may cause more inflammation.
Farm-raised tilapia has long been a popular fish source in the United States because it’s readily available and because it’s relatively inexpensive. However, before you go out and buy tilapia, you should be aware of its link to inflammation. Recent research suggests that eating tilapia increases inflammation, leading to heart disease, arthritis, asthma, and a slew of other serious health issues.

This is most likely due to the feeds used to produce farm-raised fish. You’d be horrified if you knew what went into the feeds of farm-raised fish. Chicken feces appears to be one of the main ingredients in farm fish feed. Furthermore, transferring pig and duck waste to fish farms is widespread.

3. Antibiotics and pesticides have been found in high concentrations in farm-bred fish.

The fish are more susceptible to disease because of the overcrowding in fish farms. Farm owners give antibiotics to the fish to keep them alive and prevent disease, similar to what happens in confined feedlot operations for cattle.

To combat sea lice, farm-bred fish are also treated with pesticides. The pesticides used to treat these fish are so toxic that they will kill wild salmon if they come into contact with them by accident. These pesticides eventually make their way into the ocean, where they end up in the bodies and systems of other marine life.

The protein content of farm-raised fish is also lower. Not only that, but because farm-raised fish are kept in cages, they tend to be fatter and have a higher omega-6 acid concentration. The problem with consuming excessive amounts of omega-3 and omega-6 acids is that they can cause inflammation.

Dibutyltin is a toxin that can harm the immune system while also causing inflammation. In recent years, there has been an increase in asthma, obesity, allergies, and other metabolic disorders, which could be due to dibutyltin.

How Do You Pick The Best Tilapia?

Choosing the highest-quality tilapia can mean the difference between an average and a fantastic dish. Purchase a whole tilapia from the market if possible. If these aren’t available in your area, look for fillets that haven’t been frozen because the flavor and texture will be better.

Fish with strong odors should be avoided because they are likely to be old.
Look for bright and lustrous skin with no signs of aging or loss of scales. The gills should be pinkish-red in color and should not be sticky.
When you press the flesh with your finger, it should feel firm. It’s a bad sign if there’s an indentation in the flesh.
Instead of looking for eyes that are cloudy or sunken, look for ones that are bulging, clear, and bright.
The flesh of fresh and healthy tilapia fillets should be pinkish-white and uniform in color.

Is Tilapia A Genetically Modified Fish?

Selective breeding has resulted in genetic changes in most animals and fish over time, which is why farmed species differ from wild species in appearance. Selective breeding can help animals produce more meat or make it easier to farm.

Scientists have altered the DNA of plants or animals that have been genetically modified (GM) or genetically engineered in a laboratory. This is a popular method for making plants resistant to disease, pests, or chemicals like glyphosate. The FDA regulates GM foods from trusted sources and considers them safe to eat.

The FDA approved the first genetically engineered fish, AquAdvantage salmon, which growing faster than wild salmon. The FDA determined that the AquAdvantage salmon was safe to eat and did not threaten the environment after an investigation.

Although the FDA has yet to approve any GM tilapia, AquaBounty Technologies is working on GE trout, catfish, and other fish that it plans to sell commercially.

Salmon or Tilapia: Which Is Better for You?

Salmon is a better choice than tilapia if you want more than just clean protein. Salmon’s monounsaturated and polyunsaturated fats are why many people eat them in the first place. Salmon also contains anti-inflammatory omega-3 fatty acids that are beneficial to the heart. Returning to tilapia, it contains omega-3 fatty acids but at much lower levels. Tilapia also has a high level of omega-6 fatty acids.
This may not appear to be a bad deal to the uninitiated. Too much omega-6 fatty acid in your diet, on the other hand, can cause tissue inflammation and even heart disease. The human body has a delicate balance, and foods like tilapia can throw it off. The choice is clear between fish high in omega-3 and fish with more omega-6 than you require.

Salmon is unquestionably more expensive than tilapia, and salmon is more challenging to catch and matures at a slower rate. Because tilapia is a straightforward fish that thrives in brackish water, maintaining farm-raised tilapia differs from the costs of obtaining salmon from the sea. Instead, we recommend looking at the big picture to understand what you’re paying for and why prices vary so much.

High-quality tilapia has a mild flavor that pairs well with various dishes. Tilapia isn’t the fish for you if you’re looking for a flavorful fish. However, some varieties, such as king salmon, may have a richer flavor because of their higher fat content. 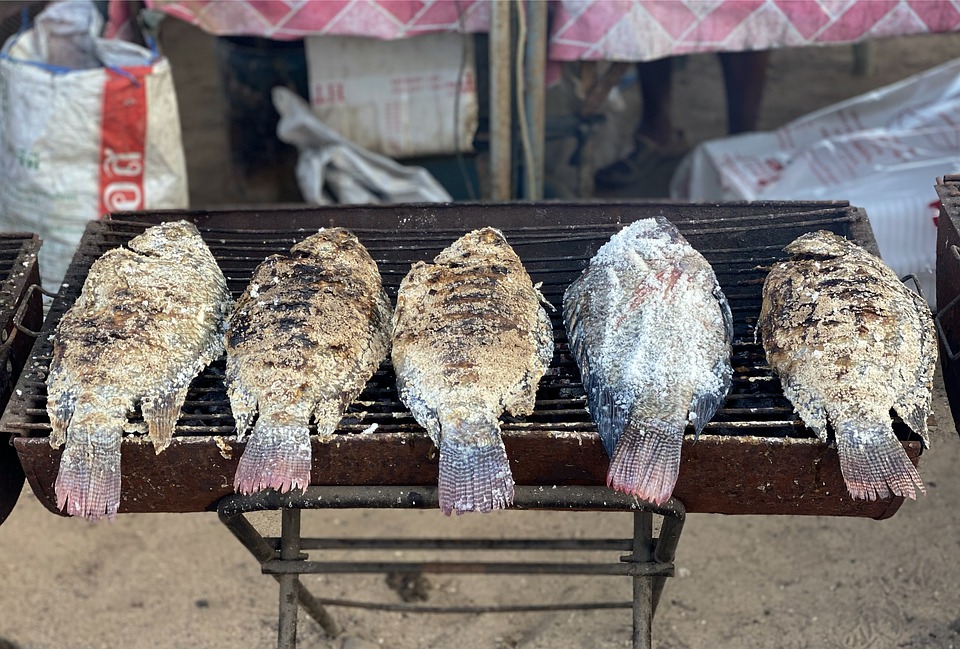 Rather than eating only tilapia, you should consume a variety of fish. The FDA recommends consuming no more than 2.2 pounds of mercury-free seafood per week, such as tilapia, salmon, shrimp, scallops, crab, clams, catfish, and no more than 14 ounces of mercury-rich fish, such as mahi-mahi and snapper. According to the American Pregnancy Association, if you are pregnant or may become pregnant, you should limit your fish consumption to two 6-ounce servings per week.

Another factor contributing to tilapia’s blandness is the cyanobacteria bloom that causes its odor. This is the source of most tilapia flavor, so it’s essential to avoid this. It is also important to remember that tilapia is a white fish that has a flaky texture. Hence, it’s worth eating if you’re looking for a fish with a white, lean, neutral flavor.

When you decide whether to eat tilapia, you should consider its source. Wild tilapia is typically unpleasant to eat. On the other hand, tilapia from farms will have a better flavor. Moreover, the type of feed and the quality of the water will affect the taste of tilapia. This fish’s taste will depend on the source of the fish.