You might be wondering what the udon noodle is and may not have heard of it before, and maybe a recipe made you search for it or just pure curiosity. Well, you’re not alone as this noodle isn’t a very popular one in general culinary, but since you’re here, I guess it is gaining some attention. 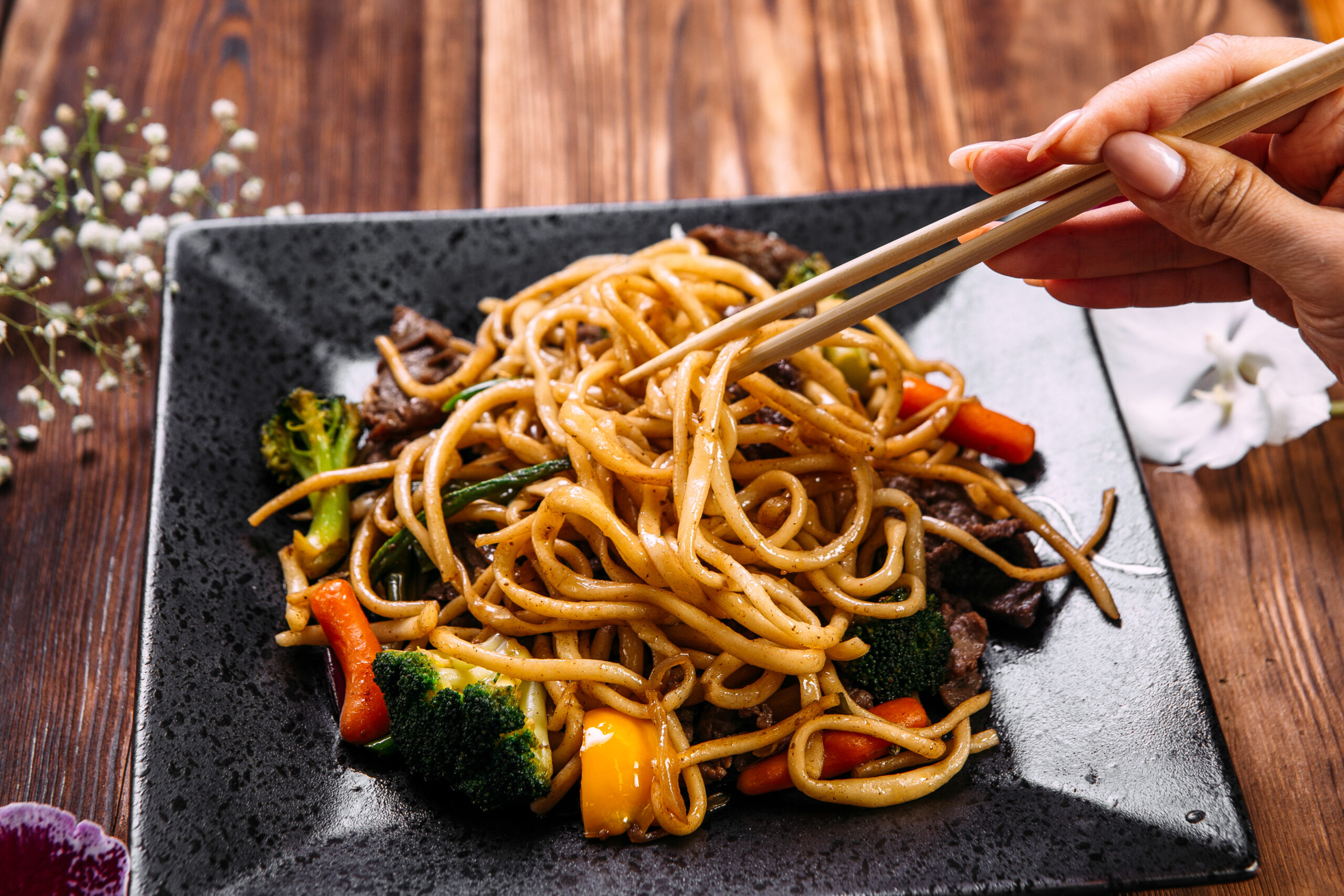 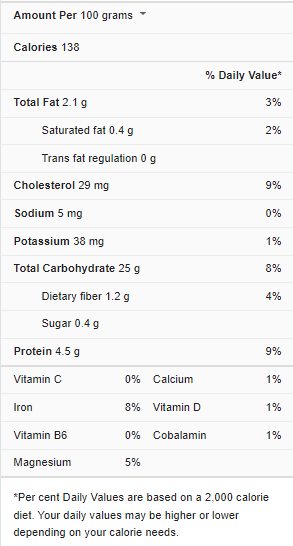 It is popular in many Japanese noodle recipes, it is the star ingredient in soups, but it is also added in different broths, toppings, and salads. In cases when you might want to try out some of these recipes but can’t get your hands on the udon noodle, there are other alternatives for it which I will be sharing with you in this article.

What is Udon Noodle?

Asians are the professionals when it comes to making noodles, so it is no surprise that the udon noodle originated in Asia. This thick, slippery and chewy noodle is commonly made from wheat flour. It has a mild taste that is incorporated in a variety of broths, salads and is popular in soups like Kake udon and curried done.

Many stories surround the origin of the udon noodle. Still, they all have one thing in common: the udon noodle likely originated in China, and Japan got to know about it during the Tang dynasty (618-907CE). Before the introduction of the common long-shaped udon noodle in the early fourteenth century, in the past, it was cut into other shapes resembling a dumpling and squares in some parts of Japan, which is still practiced today.

Udon noodles are beneficial to health because the noodle contains complex carbohydrates that are light and easily absorbed by the body. It also aids weight loss, is rich in fiber, and helps prevent developing heart diseases and type 2 diabetes.

Udon noodles are commonly available in Asian shops in both fresh and dried forms and can be served hot commonly in the winter and cold in the summer. It is popular in the hot soup known as the Kake udon with a mild broth called kakejiru; the udon salad is usually made with eggs, shredded chicken, and fresh vegetables. There’s a whole lot of delicious recipe the noodle is made with, and some of them include:

The udon noodles are cream to white-colored mild-tasting noodles that add a creamy texture and properly hold the flavor of other ingredients added to a recipe. Udon noodle is used in making varieties of hot and cold recipes like soups, broths, and vegetable dishes.

It is a staple in Asian cooking, and as the popularity of this noodle keeps growing, more cooking enthusiasts try and create new recipes with it. However, the need for a substitute may arise when you’ve run out and can’t find it in the nearest grocery shop, or maybe you don’t resonate with the thick texture and prefer a thinner noodle, whichever reason you may have, we would be looking at some potential substitute you can incorporate in your recipe. 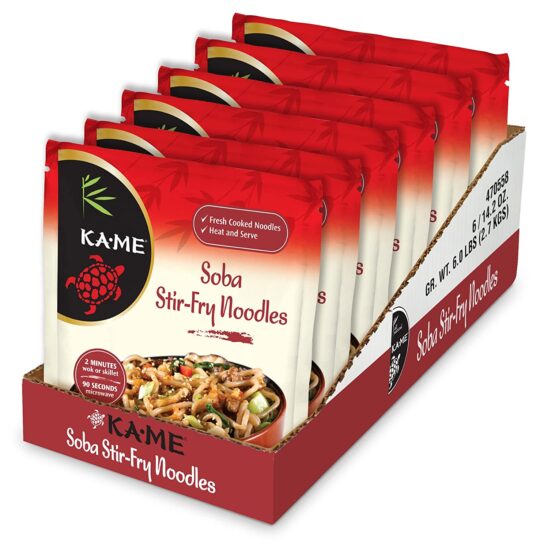 The soba noodle is another popular noodle eaten in Japan, it is made from buckwheat flour, and it’s thinner in size and darker in color. It also has a nutty and earthy flavor that wouldn’t overpower your meal and produce a flavorful meal when paired with other ingredients.

The soba is a nutritious noodle containing fiber, carbohydrates, proteins, minerals, vitamins, and essential amino acids. Some variations are made with 80 percent buckwheat and 20 percent wheat flour, so for a gluten-free version, you must carefully check for the one made with 100 percent buckwheat. It is prepared and served in hot and cold recipes, like the udon noodle. 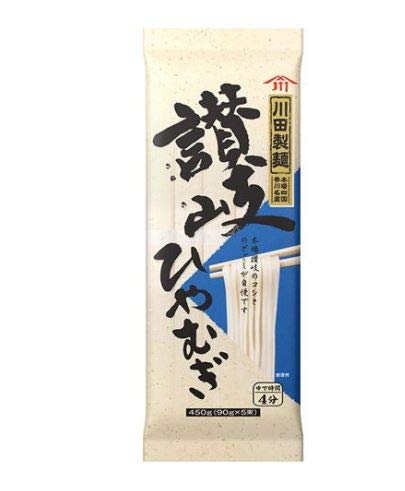 It has the same white color as udon noodles but comes in pink and green varieties; it can also be incorporated in recipes like the udon noodle. The same amount can be used when substituting, but keep in mind that it wouldn’t be as thick and chewy as udon noodles. 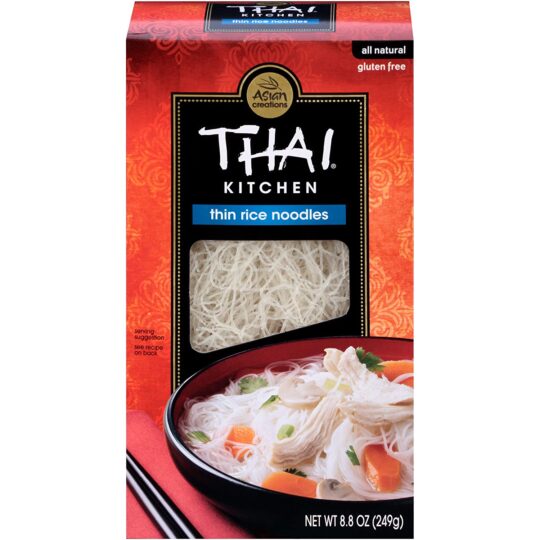 Rice noodle is made from rice flour and is popular in the pad thai recipe. Tapioca or corn starch is sometimes added in noodle production, which helps improve the transparency, gelatinous and chewy texture.

They have a similar structure and mild flavor as the udon recipe, making it another suitable alternative for udon noodles. Rice noodles can be purchased fresh, dried, and frozen in many Asian stores or supermarkets. The fresh one is best to work with as it is easier to incorporate in recipes but make sure to buy them when you need them as they have a shorter shelf life.

Can ramen noodles be used to substitute udon noodles?

Yes, ramen noodles can be a substitute for udon noodles. Just use a smaller broth size as the thin ramen wouldn’t absorb all the water content.

How long would udon noodle last?

The fresh udon noodle would last up to 5-7 days in the refrigerator and maintain their flavor, while the dry ones would last for a more extended period when stored in a cool, dry place.

Why do most persons rinse the udon noodle?

Noodles, in general, are sometimes rinsed to remove the starchy content on them.

Udon noodles are unique thick and chewy noodles often incorporated in many hot and cold Japanese recipes. If you also want to try out some of these recipes and can’t find the udon noodle, this article has provided some suitable substitutes for it. But, of course, there are still other noodles out there you could experiment with, so feel free to try them out.