We all want that extra flavor to upgrade our dishes: soups, vegetables, salad dressings, pickles, egg dishes, seafood, fish, salmon, etc., and dried dill is one of the spices that shines well on that. Dill weed itself is prevalent in Western Europe, used mostly in German and Scandinavian cuisines. Still, it is found and used across the globe now.

Dill weed can be used in its fresh state or dried, the difference being that dried dill has a stronger flavor than its fresh counterpart. Dried dill’s sweet flavor is similar to that of Parsley and anise.

Although this herb is available in almost every store, it is not seasonal; meaning it can be readily available at any time of the year. But, it may not be available when you need it, hence the reason you might want to consider other alternatives.

What is Dried Dill?

Dill is a nutritionally rich plant containing manganese, iron, folate, vitamins, protein, and carbohydrates. Dill itself is a culinary herb with thread-like branches in different directions. Dill seeds are dried to bring the flavor distinctively. Although making dried dill lessens the flavor and is lighter, the aroma becomes stronger and adds an extra sweet sensation.

Like most herbal spices, dill has medicinal advantages. However, research has shown that dills can reduce cholesterol levels. Not only that, they can help the risk of stroke and heart disease due to its flavonoid components.

You can convert fresh dill weeds to dried ones by yourself by clipping off the dill leaves off the stem and arranging them in one layer on a dehydrator sheet or a microwave. In less than a day, the leaves will dry, and there you have your dried dill.

After they are completely dry, disintegrate the leaflets and render them into crumbles. It can be stored in a can or container in a cool, dry place to ensure it doesn’t lose its color and flavor. It can last up to six months if properly stored.

Dried dill is suitable for its special and distinguished flavor to its traditional German cuisines and several other dishes, seafood, and pickles. Its deliciously fresh aroma is a great complement to that of dishes and seafood in particular.

The addition of dried dill also balances out strong aromas such as those found in mint, chili, and garlic. It also gives a fresh aroma in making potatoes or carrots, omelets and salads. It goes refreshingly well with a lot of delicacies.

Dill’s citrus-like taste and sweetness mean it complements not only dishes but also cold drinks. You can try this by freezing dill with mint in ice cubes. Some of the dishes and recipes you can use dried dill on and get fantastic results to include;

For some people with allergies, dried dill can cause skin irritation. Also, in some cases, although very rare, other allergic reactions such as vomiting, diarrhea, and throat swelling can occur. If you’re one of those with allergies or you’ve noticed some of these reactions, you might want to try these replacements. 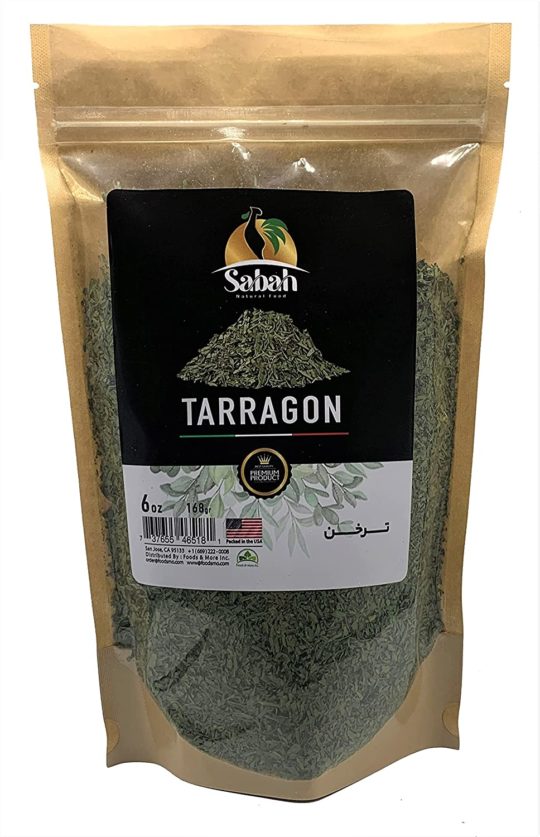 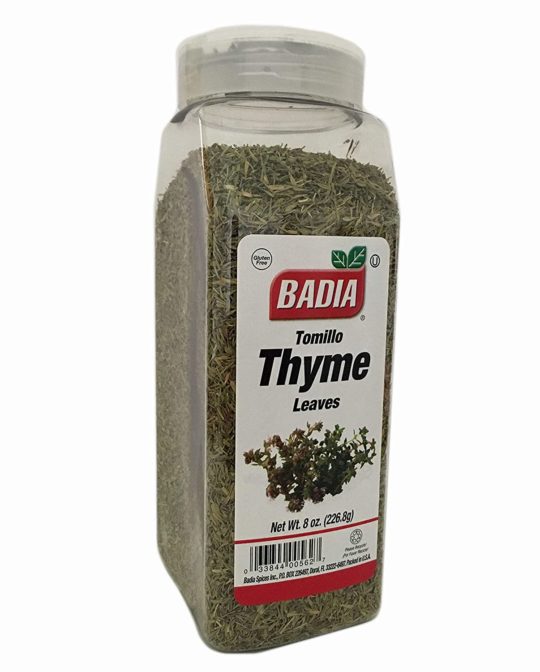 Thyme is one of the most common recipes for making roast, stew, and sometimes baking foods. It can be cooked for much longer compared to dried dill, it holds up the heat much better, and the aroma is even superior. It has an intense flavor, so strong that it is advised to put in a lesser quantity of thyme than you would dill.

Similar to how dill is used, thyme comes in handy as a seasoning and flavoring agent. It is also used when boiling or marinating fish or meat. It cooks well with whatever mixture it is, and the aroma is satisfying. 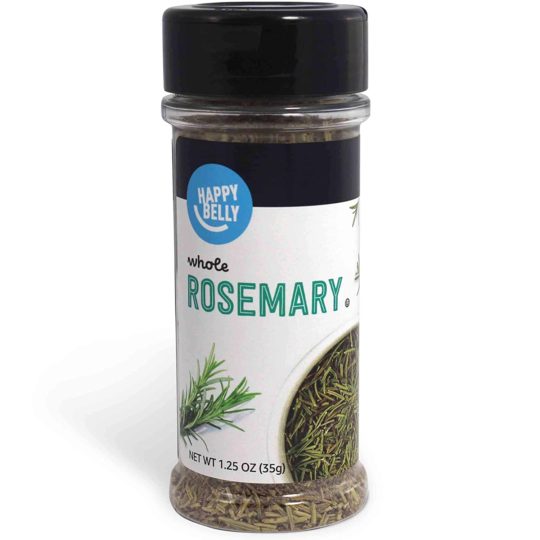 This is a very popular culinary herb, famous for its sweet scents and sensational aroma. Like dill and thyme, it is also perfect for marinating meat and fish and other seafood and fish dishes.

Rosemary is widely used in most European countries for making pasta, chicken, fish, or pork dishes. It is also a perfect complement in dishes like vegetables, mushrooms, beans, grains, etc. All of these make it a perfect substitute for dried dill.

Similar anise flavor, strong aroma, and good taste. Those are some of the qualities attached to dried dill, and so is the same with caraway seeds which makes it a great replacement. It also contains licorice extracts which are also found in dill seeds. This licorice is an important ingredient when making cream-based soup or cooking cabbage. 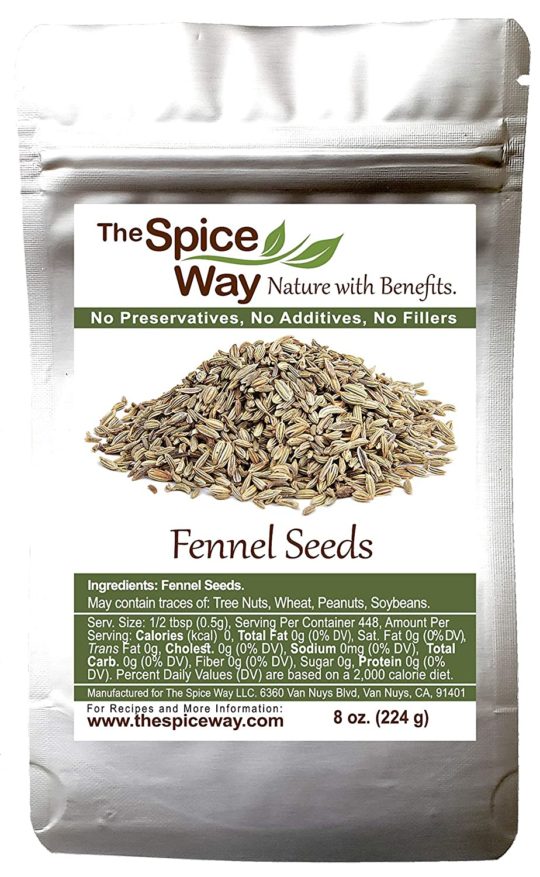 As far as leaves texture goes, fennel leaves are closest to dill leaves, which makes it an obvious replacement. Just like dill, fennel leaves come in handy when cooking fish and meat, amongst others. The difference between fennel and dried dill is that fennel produces a mildly sweet flavor compared to the strong, spicy flavor dried dill gives. You might want to add a little more quantity of fennel, especially if you want to balance out the strong aroma in dishes such as garlic and chili.

What has a similar taste to dill?

Thyme, rosemary, parsley, tarragon, basil, etc., all have similar pungent flavor and taste to dill. While fennel is mildly sweet and licorice-flavored, it serves the same functions on dishes and as a seasoning agent.

Can I substitute Parsley for dill?

Yes, you can. Parsley is also a soft leafed culinary herb, and it produces a similar flavor and scent to dill. Dill is a distinctive herb and has a unique favor, so there might be a slightly noticeable difference in the yard.

Can I use thyme instead of dill?

The use of thyme is similar to that of dill. They are both used as a flavor and seasoning agent, so thyme is a suitable replacement when you run out of dill. However, thyme is more intense in flavor than dill, so you should reduce the thyme in your dish relative to dill.

Dried dill is a sensational and an ingredient filled with flavor and strong aroma that is desirable and can be added too close to any dish as a seasoning agent and with numerous medicinal benefits. However, if you run out of this culinary herb or for some reason you have allergic reactions to dried dill, we have provided replacements such as tarragon, rosemary, thyme, caraway seeds, and fennel, all of which will give you the flavor and aroma you seek for by using dried dill.