Hardly would you come across a baking recipe that doesn’t call for some form of sugar. But you’ll also notice that most sugar varieties used for such applications are white. The reason is simple; white sugar remains one of the easiest and most versatile sugar options for baking. It’s why it comes in many types, ranging from brown to icing, turbinado, sanding, and muscovado.

But you may need to take it off the list for numerous reasons, and because you’ve grown accustomed to its use, this may seem not easy to do. But it’s not impossible, and you can still retain excellent baking results with other sweetener options. Here, we’ll highlight ideal substitutes that can replace white sugar in baking and how these replacements can accomplish such tasks. 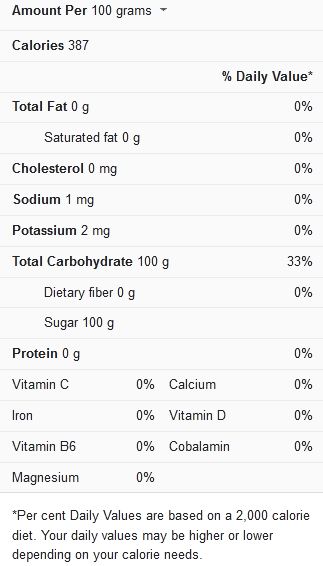 White sugar is derived from the crystallization of sugar cane or beet juice, which is derived from squeezing the stems or fruits. The nature of the sugar is derivative of its production; the juice is heated such that the molasses content becomes pronounced. Then, this and other impurities are extracted, leaving the pure white remnants that earn it its name.

White sugar is the mother of most common sugars, as it’s the base of most sugar varieties out there. It’s pulverized to make powdered or confectioner’s sugar, and for brown sugar, the molasses are left intact after the impurities are extracted. But regardless of what form it takes, white sugar offers significant functions for baking applications.

White sugar adds sweetness to any recipe it’s included, which is why it’s one of the most popular sweeteners in the culinary world. But in baking, it does more than that. The texture of white sugar is dry, rough, and coarse, and when added to the dough, it stops gluten formation. The result is airier and fluffier dough, with a thinner, drier consistency and only containing moisture from its liquid ingredients.

It’s also great for creating a crispy, rigid texture in cookies and biscuits. And it’s handy for holding water content in the baked goods, so they don’t get easily stale. You’ll also note how the surfaces of baked goods like pies and cakes caramelize, and this is owed to the presence of white sugar. Plus, when pulverized, its powdered version can be sprinkled over desserts or whipped with cream to make icings and toppings.

You’ll find that white sugar is an extensive ingredient in baking and other recipes by observing the list of dishes below;

You may choose to seek a white sugar substitute for different reasons. Perhaps you’ve run out of it and can’t abandon the already mixed dough or batter on the countertop and rush to the grocery store. Or maybe you seek a healthier sweetener alternative, as you’ve decided to cut down calories. Whatever the reason, you can rest assured that there’s something else around that you can use.

While it may be easy to replace white sugar in many other recipes, baking isn’t the case. The reason is there’s a lot of chemistry surrounding its inclusion in baked goods, and whatever replacement you select must replicate these processes and reactions. As such, these options below can help in times when you can’t or won’t use white sugar in baking. 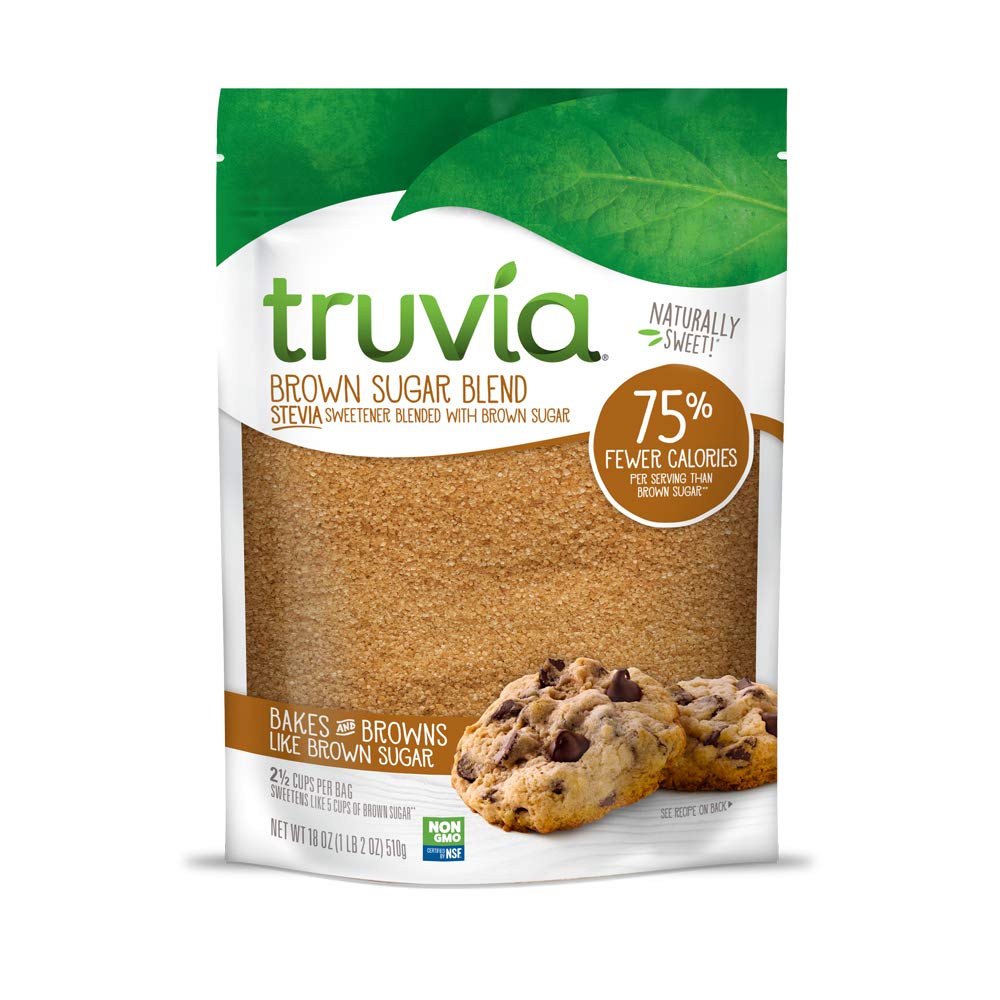 Both white sugar and brown sugar are the same in their core composition, and they’re made from the same juice and processed in the same manner to extract impurities. But a different approach is taken to create brown sugar, and it’s while the molasses were extracted to produce the white variety, they’re left in to give the brown type. This simple difference results in a new product that acts in baked goods much differently.

First, brown sugar is sticky due to the presence of molasses, which means it contains more moisture. Second, its pH encourages gluten formation in the dough, resulting in a denser, moister result. Thirdly, it offers a deeper brown color, the more molasses it contains, and a robust toffee-caramel flavor that surfaces in anything used.

But brown sugar does result in softer baked goods, which is why it’s a great second choice for baking. It’s also perfect for pies, bread, and cookies. In such cases, you can use it at a 1:1 ratio as white sugar, but don’t apply it to creaming or cake recipes, as it’s too moist. 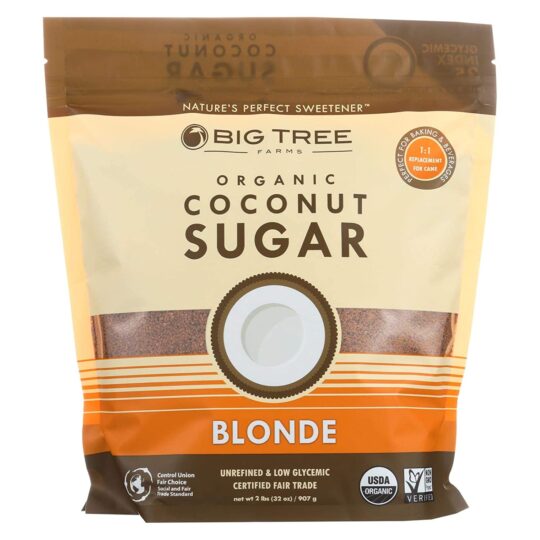 Coconut sugar is the answer to a healthy alternative to white sugar. And while the name may be misleading, it’s not a variety of sugar at all. Instead, coconut sugar is gotten from the sap of coconut palms, and the sap is extracted from the tree and then crystallized to give you a pure sweetener that’s excellent for baking.

Coconut sugar also has a drier consistency than white sugar, perfect for whipping recipes. It’s also great for cakes, scones, muffins, and pan bread, as it creates a crumblier crust. It can be used in equal quantities in almost all baking recipes, but note that it’ll add a robust coconut flavor to the finished results. 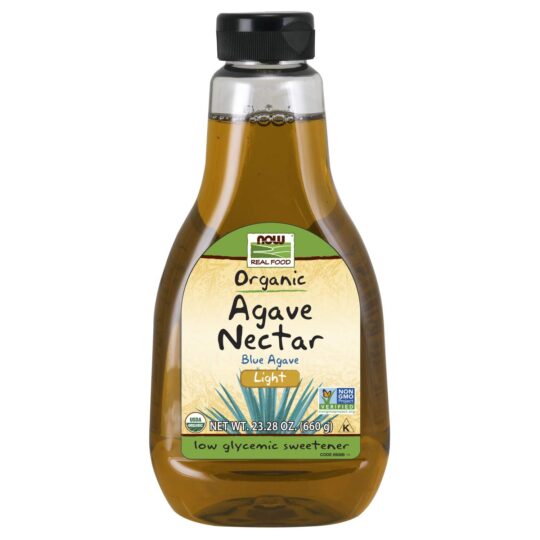 This liquid sweetener is another healthy alternative to white sugar. Agave nectar is a sticky fluid extracted from the agave plant and is renowned for its intense sweetness. As such, it can offer as much flavor advantage as white sugar in baked goods, plus a floral undertone. But when using agave nectar, note that it’s a liquid ingredient and can affect the consistency of the batter or dough.

As such, swap every cup of white sugar with 2/3 cup of agave nectar in baking recipes. You can also make up for its runny consistency by upping the flour by one tablespoon for every ¼ cup of white sugar. Or you could consider reducing liquid ingredients like milk by ¼ cup. 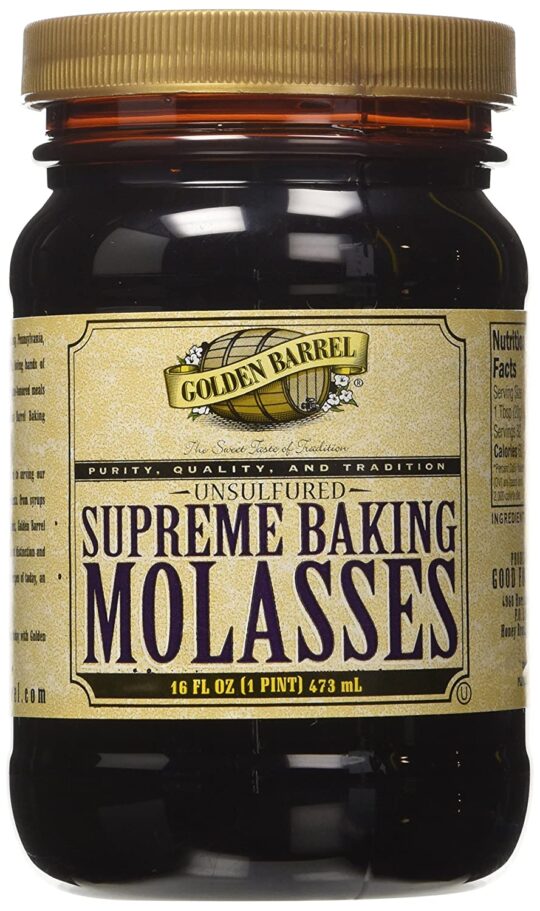 This thick sticky fluid is extracted from white sugar during refinement, which carries a decent amount of sweetness in its composition. Its viscous consistency means the moisture content of the baked goods will be greatly increased, and it also promotes gluten formation, so expect a denser result. But molasses play this role excellently in some recipes like bread and pies, making it a fantastic white sugar substitute. And it adds a toffee-caramel flavor that works perfectly in tarts, brownies, and many other similar recipes.

To replace white sugar, use ¾ to one cup of molasses in your baking. But consider reducing the liquid ingredients in your recipe by ¼ cup so the consistency can match. Another method is to add a tablespoon of flour for every quarter cup of white sugar.

This contender is new but offers such amounts of sweetness that we couldn’t pass it up. As its name implies, it’s gotten from pitted dates blended to make a sticky, nut-butter-like paste that’s just as sweet as white sugar. Date paste can replace white sugar in most baked goods, but the extra liquid content means you also get a softer texture. So, use equal amounts of it in place of white sugar, along with an extra two tablespoons of liquid.

What is the best sugar substitute for baking for people with diabetes?

Special sweeteners can replace sugar in baking for people with diabetes. Some examples of these items are stevia, sucralose, tagatose, saccharin, acesulfame potassium, aspartame, and neotame.

Is there healthy sugar?

Yes, many alternatives work as healthy replacements for sugar. Honey, for example, is renowned as one of the healthiest and easiest substitutes for white sugar. Also, pure maple syrup and raw sugar qualify in this note. The color is the main difference between sugar and raw options like honey and maple syrup.

How do you substitute applesauce for sugar in baking?

Applesauce, especially the unsweetened kind, can be swapped for sugar in baking recipes. And it’s wet, compared to the dry consistency of white sugar. But applesauce helps sweeten baked goods and adds extra nutritional benefits to the recipe. Depending on how sweet you want the recipe to turn out, it can be substituted at a one-to-one ratio or increased by half the amount.

Making baked goods with white sugar has become the norm, but this doesn’t mean you can’t do without it. Many sweeteners can replace it in your baking recipes, and some will even offer more sweetness to the mix. Plus, you can find healthy alternatives to help you maintain a safe diet and cut down on unwanted calories.