Coconut milk is a cloudy-looking liquid extracted from the grated soft center of mature coconuts. It’s opaque, rich in taste, and high in oil content, resulting from the saturated fat present in coconut. Coconut was introduced into cooking during the colonial eras of West Africa, tropical Latin America, and the Caribbean. It’s also a traditional food ingredient used in East African, South Asian, Southeast Asian, and Oceania cuisines. 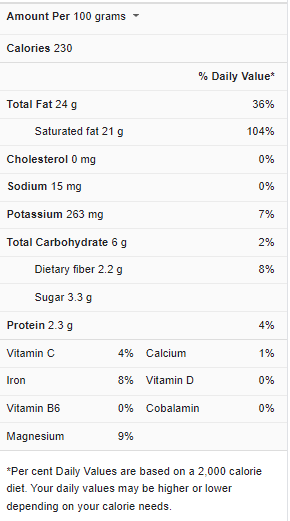 Coconut milk is subdivided into full-fat coconut milk based on the highest fat. Coconut milk or thin coconut milk comes with a maximum of around 20 percent fat, while coconut skims milk has negligible amounts of fat.

Full-fat coconut milk has just two ingredients, coconuts and water. Coconut meat is first chopped into small strips and then simmered in water to remove all its juices. The water is then separated into two layers, and the thick creamy layer is full-fat coconut milk.

Full-fat coconut milk is mostly sold dried and semi-solid and can be added straight to simmering liquid or diluted in hot water. It’s used in rice pudding, ice cream, and other sweets to add a delicious nutty feel. It’s also added to curries and spicy soups to reduce the dish’s heat.

Full-fat coconut cream is an escape from dairy cream and milk for people watching their weight and eating healthy. It’s also used to add a velvety texture and bring about a balance in spice levels. Plus, it’s generally used as a flavor and texture enhancer. These reasons and more are why full-fat coconut milk is a significant part of many recipes from around the globe, many of which include;

Running out of full-fat coconut milk can be a major buzzkill, especially when a recipe specifically asks for it. But sometimes, you may feel you need to cut down on the fatty content in your diet. In any case, these options make splendid alternatives to the ingredient; 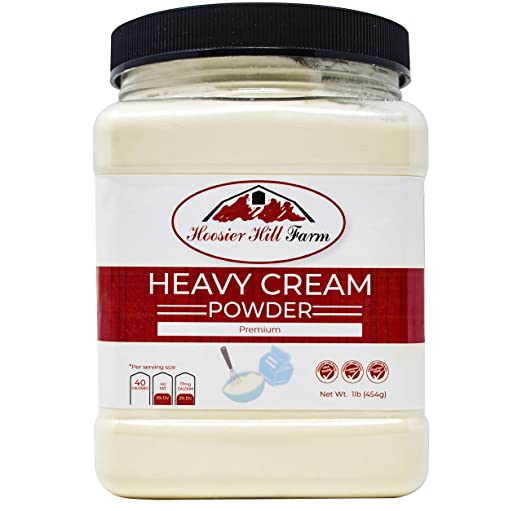 This substitute has the same consistency but is also a creamier choice and replacement for full-fat coconut milk. It also works well in curries and other cream-based stews. The aroma and distinct flavor of coconut don’t come with heavy cream, but it’s relatively easy to use as a substitute.

But be careful not to mistake this substitute for whipped cream when buying at the grocery store. And use one cup of heavy cream to substitute one cup of full-fat coconut milk, and it’ll bring about the same texture and consistency to your dish. 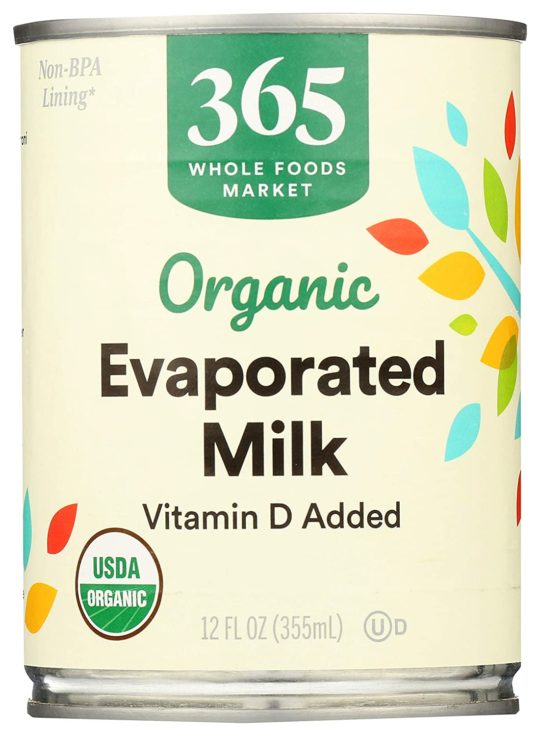 This is another great substitute for full-fat coconut milk. It’s sweeter and thicker than most regular milk, as it went through a procedure of losing a big percentage of its water content and retaining more of its milk proteins. It works very well for bread pudding, topping for cocoa porridge, and cooking oatmeal.

Use half a cup of evaporated milk to replace one cup of full-fat coconut milk. And for a sweeter preference, use 1/4 more of evaporated milk. Since it’s sweeter and thicker, you can’t use the extra measurement in a 1:1 ratio. 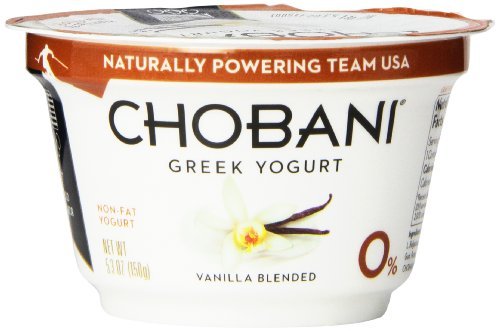 This is another great substitute for full-fat coconut milk. But when considering it, you’ll have to use cold Greek yogurt with cornflour or starch, so the ingredient stabilizes. The reason is it’ll split into a congealed mess if used directly in boiling food or mixture. And you can also wait till the end of your cooking to add the Greek yogurt, then warm it to a gentle simmer to avoid curdling.

Greek yogurt is lower in fat, but you can use it in a 1:1 ratio when substituting for heavy cream in your recipes. 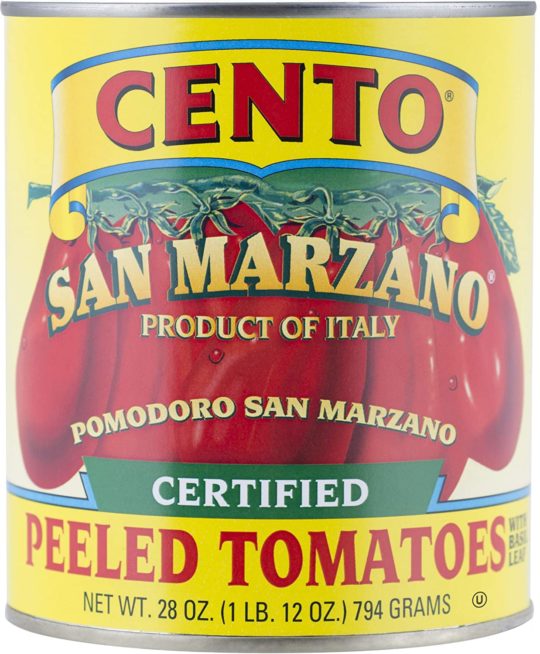 This substitute works well to replace full-fat cream in recipes that don’t care for its flavors but the liquid provision in soups and curry recipes. If you care for creaminess but can’t find full-fat coconut milk, you can use tomato alongside cream with a more delicious and consistent feel. Use one cup of canned tomato with 2/3 cup of cream to replace a can of full-fat coconut milk. 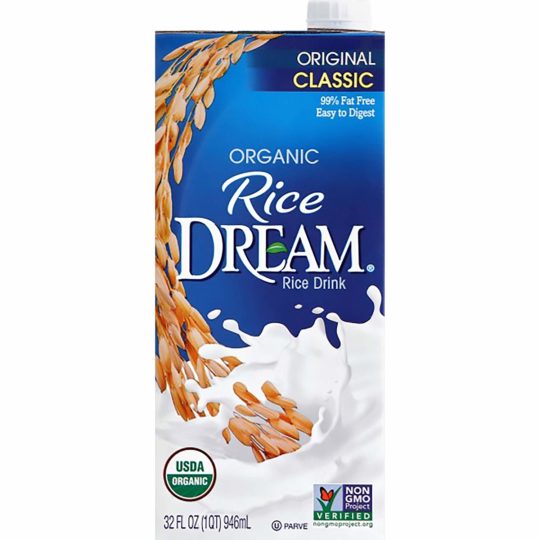 This substitute is another vegan-friendly choice and a superb option for people on a diet. It’s also available in different variants, is readily available at grocery stores, and can be made at home if you can’t find one. All you’ll need is cooked rice, fruits, nuts, water, and a blender to make it into milk.

It can be used for savory and dessert dishes, rice puddings, bread puddings, baked dishes, and cookies. It’s healthy and really easy to make or find; use one cup of rice milk to replace one cup of full-fat coconut milk in your dishes.

What’s the difference between coconut milk and coconut cream?

They’re almost the same thing as they’re made from the same ingredient and the same procedure. But coconut cream is thicker than the other as it has more coconut than water content and is higher in fat content.

Why is coconut cream unhealthy?

It comes with some minor risks, and the majority of its calories come from saturated fats. And some of its fats have been connected to an increased risk of heart diseases and chronic health issues.

What are the negative effects of coconut?

Coconut is surprisingly safe when used in medicines. Still, some adults and children experience allergic reactions when they consume coconut or its products, which may cause skin rashes or difficulty breathing.

Full-fat coconut milk is a great addition to any pantry and is excellent in many recipes and dishes. But, the world is changing, and these days, people request ways to instill healthier and low-fat options in their diet. But full-fat coconut milk makes it hard to switch as it offers tons of culinary benefits. But these handy substitutes are available for replacement, so you can avoid its drawbacks and perhaps even forget you’re not using full-fat coconut milk in your dish.