Ever since the first humans discovered roasting by putting meat on a stick and laying it over a fire, roasting has become a popular cooking technique used in producing appetizing recipes. Presently in culinary, several methods are used for roasting, but the most common and convenient one would be roasting In an oven.

Making a perfect juicy beef roast is easy; once you get a good beef cut or any other meat of your choice, get your idea of seasoning, and have a good oven, you’re halfway there already. The other things you’ll need to consider now are the temperature to cook at and the cooking time; this article will cover everything concerning cooking a roast, along with some awesome tips to consider when making yours. 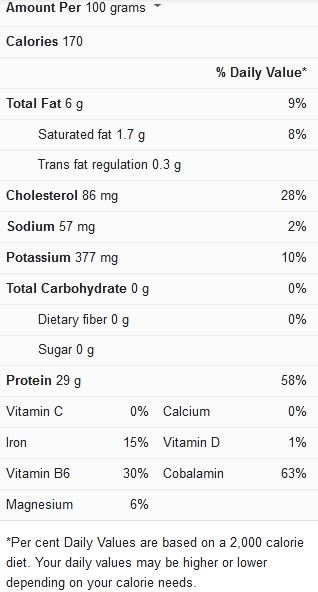 Tips to Note When Cooking a 3lb Roast

Get the right cut- there are so many meat cuts you could use in your roast recipe; most people use tender cuts for roasting while they leave the tougher cuts for moist heat cooking.

When choosing your roast recipe, it is important to match the occasion it is going to be used for like using Ribeye, Beef Tenderloin, and Prime Rib for a fancy, expensive, and melt-in-mouth feeling, using Bottom round steak, Shoulder petite tender, and Sirloin tip center steak for those weeknight meals, using Sirloin Tip Roast and Eye of Round Roast for those deli meals, and using Chuck Roasts and Beef Rump Roast for your pot roasts.

Slice against the grain- if you observe closely, you’d notice the lines on the meat; these are protein strands and connective tissues, so when cutting, slice against these lines. This process would make the meat more tender because you’re slicing against the protein cords.

Try to use a meat thermometer- when roasting your meat or cooking with any other method; it is important to have a meat thermometer because relying on the cooking time alone may not be the best option, especially when you’re not a pro; everyone has different types of equipment which works differently so working with just a cooking time may not be enough to check for doneness in the meat.

Always brine, salt, or marinate in advance- if you’re going to salt or brine your meat (which is beneficial to your recipe), it should be beforehand, like an hour or two before cooking. Most professional chefs brine their cuts a day before cooking; salting ahead of cooking gives the meat enough time to absorb the salt, which helps in making the meat cut tender.

Cooking Time and Procedures for a 3lb Roast

A 3-pound roast (3lb roast) could be prepared in many ways, and I’ll be talking about them briefly below, along with the estimated cooking time for each of the procedures.

Baking- the oven-baked roast is one of the convenient and popular ways of making a roast recipe. To make a roast in an oven, first, preheat the oven to about 425° F and mix all your dry spices In a small bowl and use these spices to rub on your meat thoroughly; add some oil or butter for extra juiciness. Place a cast-iron skillet over high heat and place the seasoned meat on it to brown them slightly; place both sides for about 3-4 minutes.

You could add some vegetables at the bottom of your roasting dish, then place the meat on top of it, bake your roast for about 1 -15 minutes per pound, and remember to check with a meat thermometer if the temperature is up to 145° F for rare and 160° F for medium.

Once the meat is ready, slice and serve; remember to remove it when it’s about 5°F below the temperature you want because the meat will continue to cook after removing it from the oven.

Start by seasoning your meat with spices of your choice and searing both sides of the meat on a large skillet over high heat for about 3 minutes on each side. Put the roast inside the slow cooker and add some liquid (a marinade, water, chicken or beef broth, etc.). You could add some veggies if you’d like. Cover the pot and let it cook on Low for about 6-8 hours or until 145°F. You can cook the meat on high for 1 hour, then switch to Low for the rest of the time.

Grilling is also a common technique used for making roasted recipes like meat recipes. Grilling uses high, medium, and low heat in making recipes and can be done with a charcoal grill or a gas grill. The gas grill is more convenient and easy to work with than the charcoal, which is time-consuming and stressful for some people.

The table below contains the estimated cooking time for a 3lb roast using different cooking methods.

If you’d like to see more ideas on how to make a 3lb roast, then check out this video recipe