Just like how our skins need a good moisturizer to look fresh and juicy, our foods also need them, and there are so many of them out there, but a popular, flavorful one is the au jus seasoning mix.

This seasoning mix is commonly served as a gravy alongside meat dishes, but it is incorporated in other recipes too as the base flavoring for them. Au jus is delicious in recipes which is why more and more recipes often use it to enrich its overall taste; in cases where you’ve run out, there are some options you could use, and I’ll be discussing them in this article, but first, let’s get to know more about au jus seasoning mix. 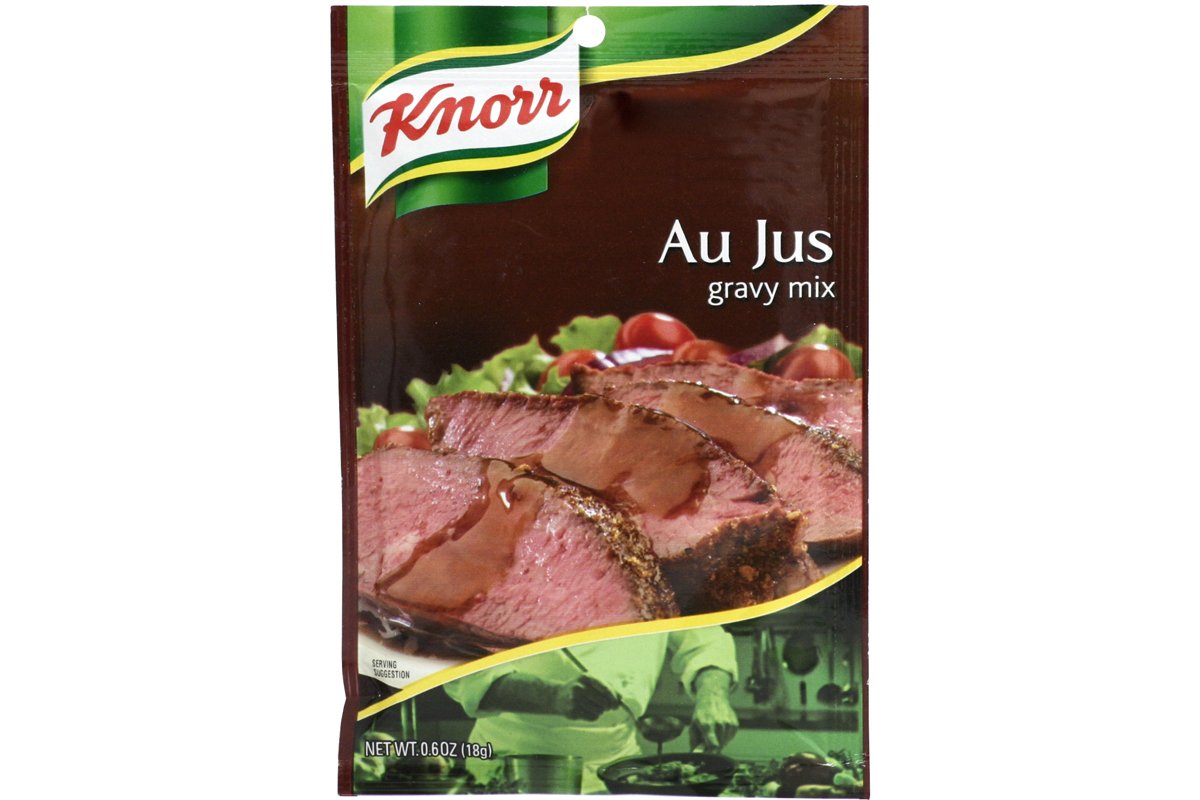 What is Au Jus Seasoning Mix?

Au jus is a French cooking term that translates to ‘with juice’ and is pronounced something like ‘oh-shoot. It is the light broth gotten from the juices of the meat when it is cooked, sometimes additional ingredients like wine could be added, and it is usually served as a gravy for meat dishes.

Jus serves as a flavor enhancer in various recipes, especially meat, chicken, veal, and lamb dishes which is why other versions have been created from the basic jus. Americans use the term ‘au jus’ to refer to a light sauce for beef recipes, while the French use it as a natural flavor enhancer in dishes.

The natural jus recipe comprises meat broth with additional water. In contrast, some American jus recipes may include soy sauce, salt, Worcestershire sauce, pepper, white or brown sugar, beets, carrots, onion, etc. In some recipes, cornstarch or other thickeners are added to give it a little solid texture.

There is also a powdered version of jus, where the powder is rubbed thoroughly on the meat before or after cooking; the powdered jus usually contains dried onion, salt, and sugar.

Jus seasoning mix has become a common ingredient in many recipes because of its rich flavor; the famous French Dip sandwiches would be incomplete without the jus to dip in.

Jus has many varieties made uniquely by different cooking enthusiasts and experts, each rendering its share of savory notes to your taste buds.

Some recipes that make use of the au jus seasoning mix includes;

The jus seasoning mix is famous for its flavor and moisturizing properties; it makes a recipe more delicious and easy to eat. While it may seem impossible to find reliable substitutes for it, there are still some other alternatives that would work in your recipe.

Since jus seasoning mix is made naturally from meat drippings with a mixture of other ingredients, it has a liquid consistency, so a good alternative should replicate the texture, taste, and maybe color of just seasoning mix so you’ll get a similar result.

Here are some alternatives that you could use for just the seasoning mix. 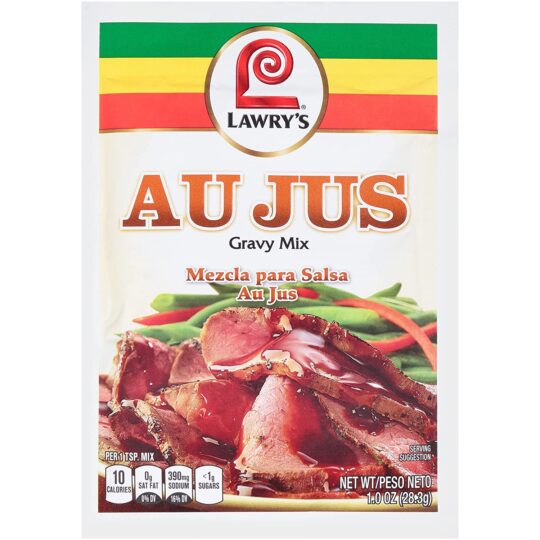 Jus seasoning mix is sold in grocery stores, but it can also be prepared at home; making one at home allows you to handpick the ingredients you want in your recipe. This seasoning mix is easy to make once beef drippings, Worcestershire Sauce, Red Wine, and Beef Broth.

As I said, the ingredients could always be changed to suit your preference. For instance, the beef drippings could be replaced with vegetable broth, but you’d have to sacrifice the beefy taste. There are many homemade au jus seasoning recipes to follow from the internet; you could find one and use it in your meal. 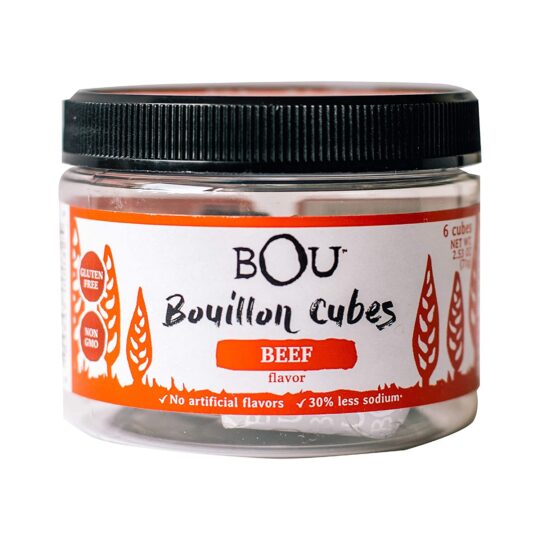 You could make a sauce out of bullion cubes and ingredients like Onion Powder, Dried Parsley, Corn Starch, Black Pepper, and Garlic Powder. This could be used in recipes that call for au jus seasoning mix.

Crush the bullion cubes and mix thoroughly with other ingredients before pouring them in a pan and adding some water; stir the mixture until it thickens to the desired consistency. You could always use a different thickener apart from cornstarch like xanthan gum or almond flour. 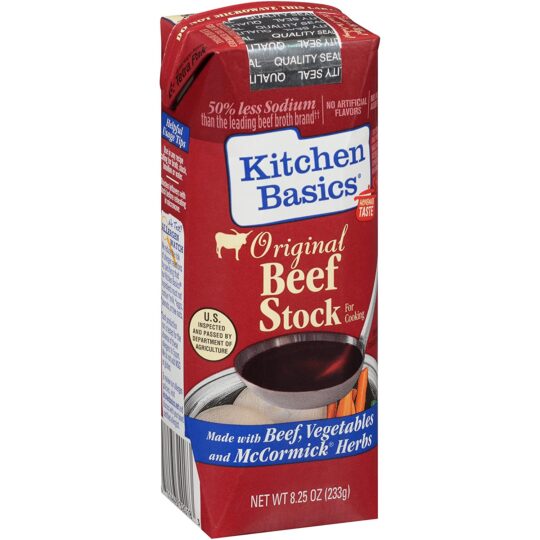 The beef broth or stock is another close substitute for au jus seasoning mix; they carry almost the same flavor, consistency, and color. Beef broth or stock pairs well in roasted meat dishes, and you could always make one for yourself when you can’t get store-bought ones.

Once you have some meat drippings, add some simple, easy-to-find ingredients like Salt, Pepper, Onions, Carrot, Celery, Garlic cloves, Dried herbs, and some water.

When you clean, chop, and boil all these ingredients, sieve out the liquid and use it in your recipes.

Must au jus seasoning mix be made only from beef?

No, it mustn’t. Drippings from Chicken, turkey, lamb, etc., could be used to make jus seasoning mix.

The jus seasoning mix could last for 3-4 days when stored in an airtight container inside a refrigerator.

Is au jus seasoning mix the same as brown gravy?

No, they’re not. Jus seasoning mix is lighter than the brown gravy, but they are both made from pan meat drippings. However, brown gravy could be used as a substitute for au jus.

Au jus seasoning mix is a very flavorful ingredient that is mostly used in meat dishes; however, making one may be time-consuming, and most persons may not fancy the store-bought one, which is why the need for a substitute is important. I’ve listed some that you can use in place of just seasoning mix in many recipes in this article.