If you need a clue as to why cheese enthusiasts are crazy about burrata cheese, check out the meaning of its name. Burrata can be translated directly to mean “buttered” in Italian, which should give you an idea of its creamy flavor and texture. Burrata is one cheese type that bursts with goodness and can be enjoyed in loads of mouthwatering recipes. 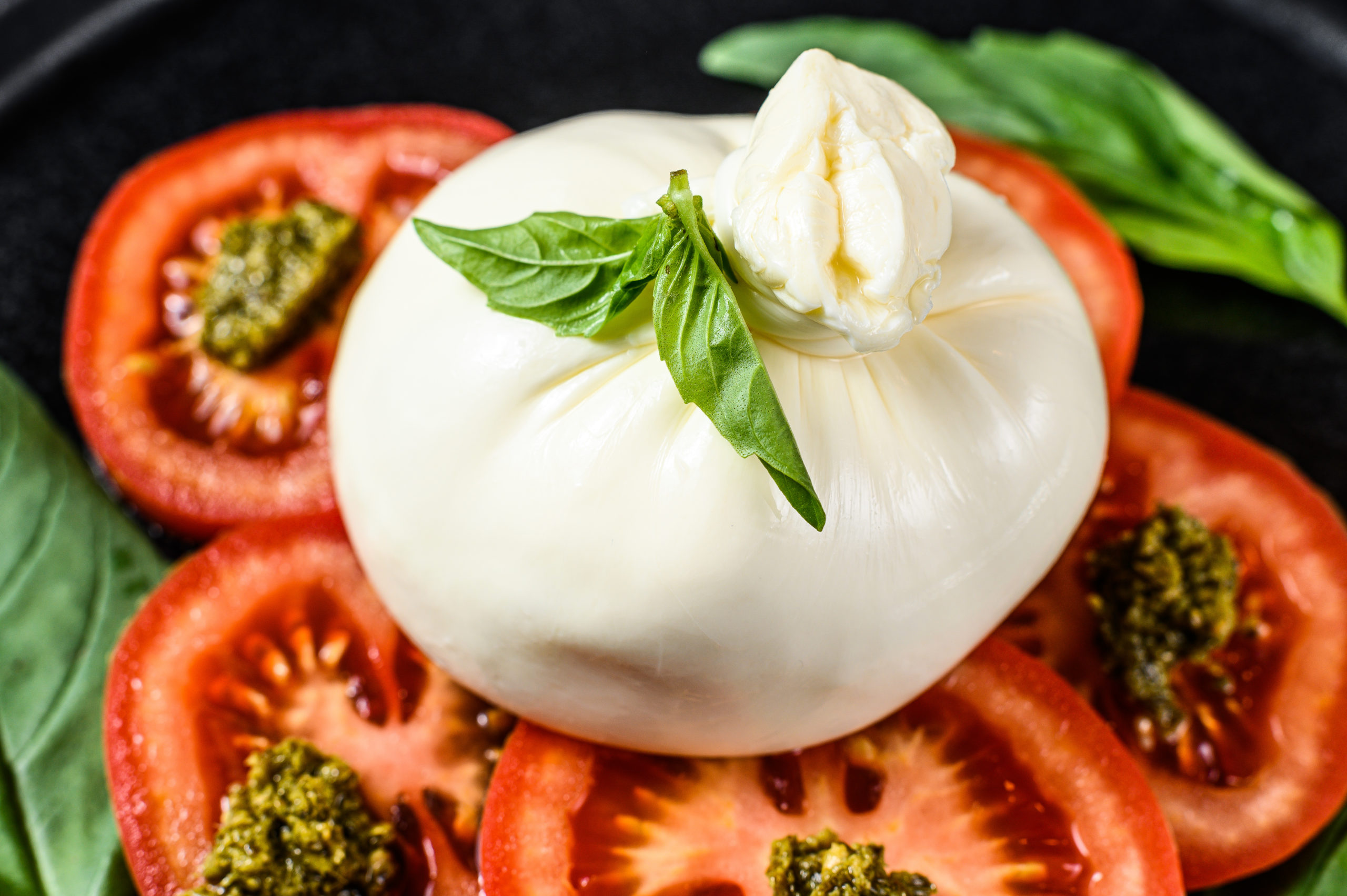 Burrata can be considered the piñata of the cheese world. It has an outer shell of fresh mozzarella cheese, and on the inside, it is hollowed out and filled with creamy soft curds. Does the phrase “bursting with goodness” make sense to you now?

Made from the wholesomeness of cow or buffalo milk, burrata cheese may understandably be your first choice in making your favorite cheese recipes. But what happens if you do not have burrata cheese at home and you’re not due for your next grocery shopping? There’s no cause for alarm, as there are some substitutes that can stand in for burrata cheese in your recipes, just until you get your next fix.

What is Burrata Cheese?

Burrata is mozzarella and cream-based Italian cow milk cheese (sometimes buffalo milk). The outside is solid cheese, but the middle is filled with stracciatella and cream for a unique, soft texture. Burrata is a traditional product from the Southern Italian region of Murgia. Cow’s milk, rennet, and cream are used in its production.

Like mozzarella and many other kinds of cheese, burrata is made by curdling warm milk with rennet. Unlike in different cheeses, the fresh mozzarella curds are dipped in hot whey or lightly salted water, kneaded, and twisted to form the unique elastic strings (pasta filata), then molded.

When preparing burrata, the still-warm cheese is shaped into a pouch filled with leftover mozzarella scraps and topped with fresh cream before getting sealed. The final product is usually wrapped in asphodel leaves, tied into a small brioche-like topknot, and dampened with a bit of whey. When the cheese is served, the asphodel leaves should still be green to signal that the cheese is still fresh. However, the cheese is now frequently sold in a plastic bag or container.

Uses of Burrata Cheese in Recipes

Burrata is a unique sort of cheese that retains a lot of fresh milkiness. It has a rich, milky, and buttery flavor that isn’t overly excessive. Burrata also contains sodium, potassium, phosphorus, and other essential nutrients.

Burrata is, however, a calorie-rich food item that should be consumed in moderation and within dietary requirements. Some of the exquisite recipes in which burrata cheese can be enjoyed include:

When you experience the incomparable blend of textures that the use of burrata cheese provides, it might seem like an unpleasant idea to ever consider replacing it in your recipes. However, this is not the case, as some fresh cheese-based substitutes can serve as good enough replacements for burrata cheese.

So, the next time you have a burrata cheese scarcity on your hands, or you want to try something new, and you could explore one or more of these suggested options: 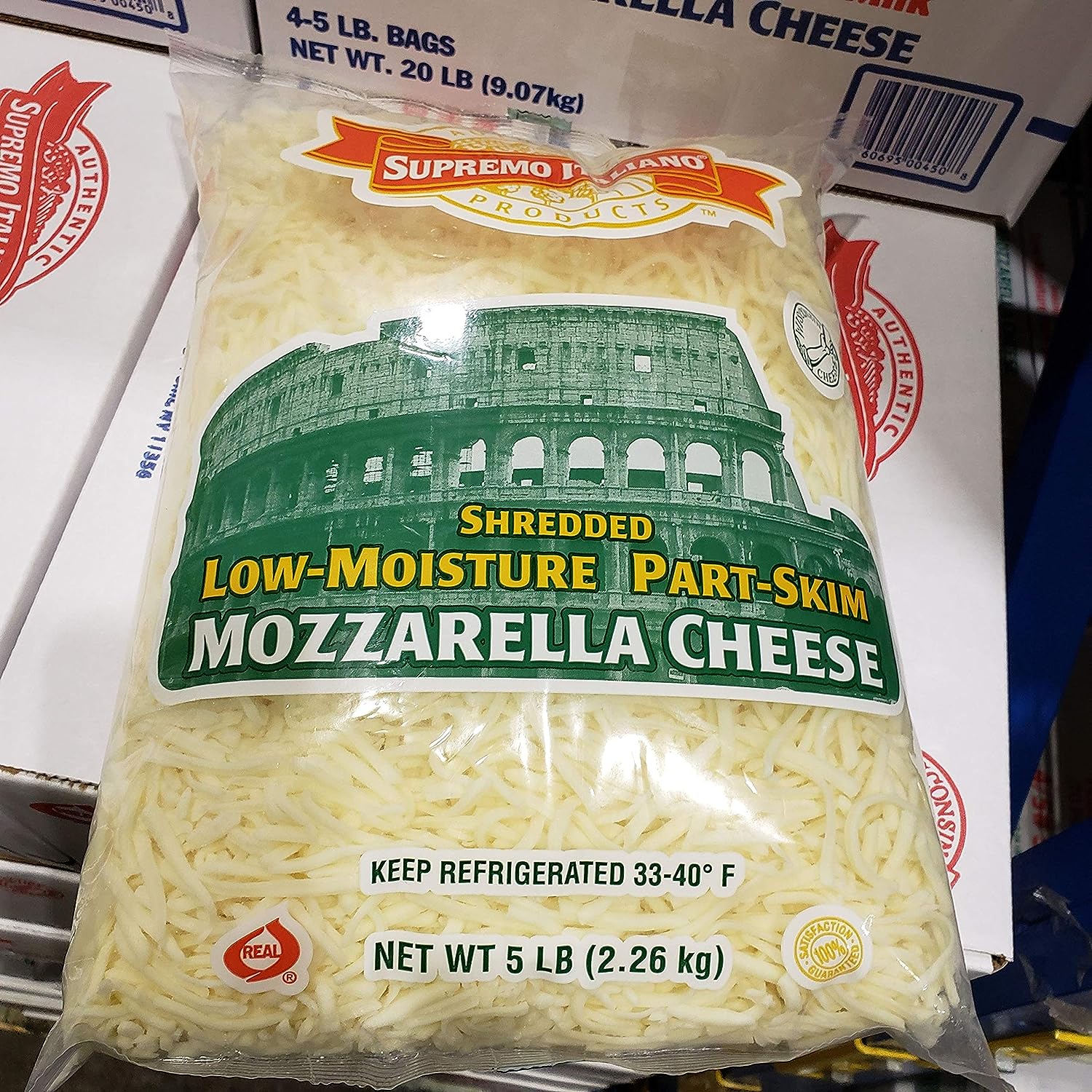 Mozzarella does not have the same lush texture and creamy feel that burrata cheese possesses. It can, however, still work as a replacement and is more adaptable than burrata cheese. Both hot and cold applications are possible with mozzarella.

When it comes to including mozzarella in your recipes, there are no rules. It can be baked, fried, or consumed fresh. Fresh mozzarella is best when using it as an alternative to burrata. Using bagged mozzarella instead of burrata won’t have the same pleasant flavor or consistency. 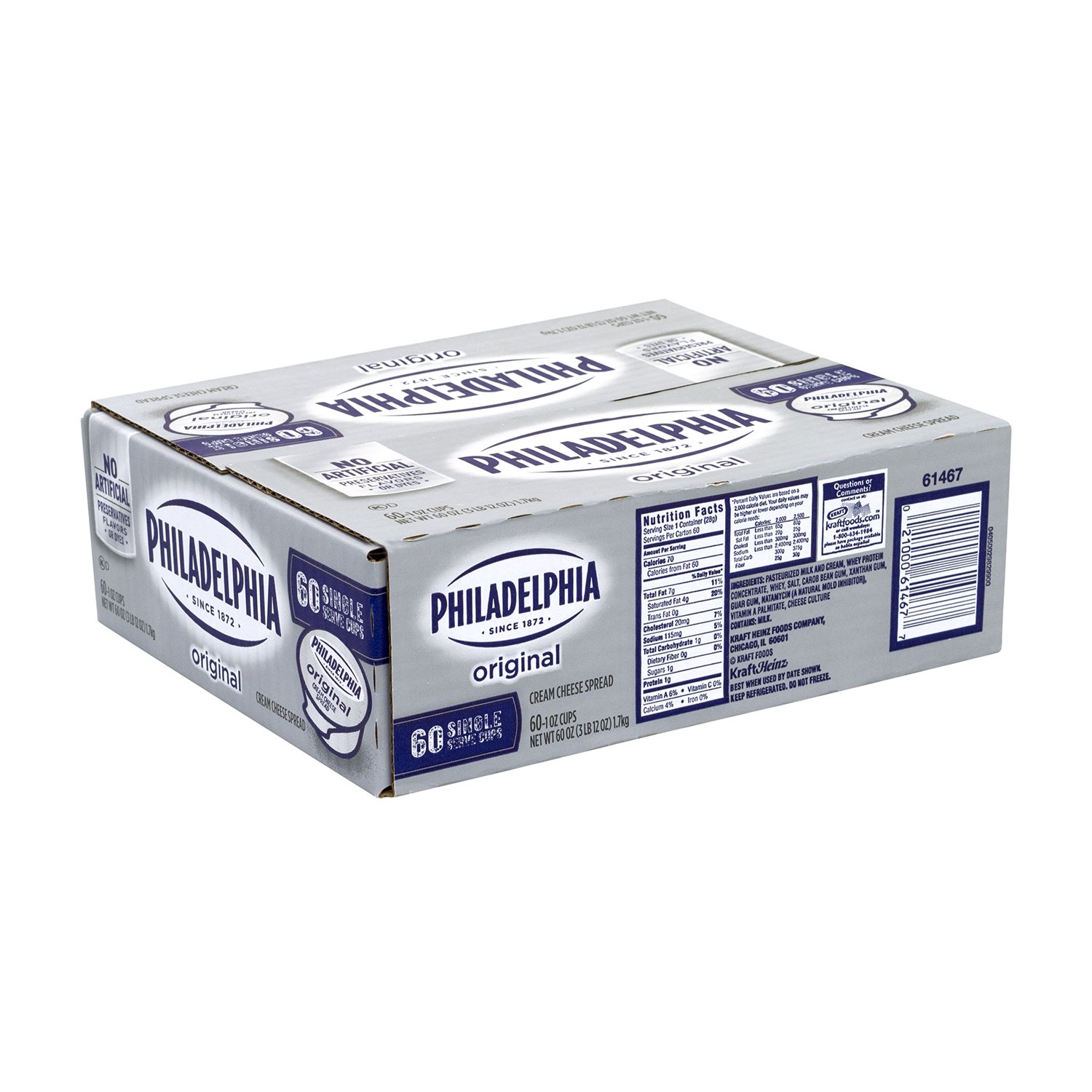 bIf, for instance, you’re using burrata toppings for toasted crostinis, consider replacing the burrata cheese with cream cheese. Cream cheese has the same pleasant, creamy consistency as Burrata, so it is perfect for spreading. Cream cheese can also be used as a dip, just like burrata, especially when served at room temperature.

Cream cheese, like burrata, must be at room temperature when used in similar recipes or applications. Remove cream cheese from the refrigerator at least half an hour before serving. This allows it to achieve the ideal temperature for softening and pliability. 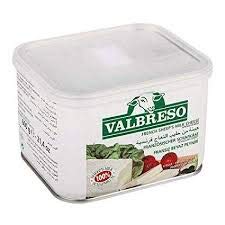 The tanginess of feta cheese is about the only thing it has in common with burrata cheese, making it ideal for flavor enthusiasts only. So, if you’re looking for the tanginess of burrata, feta is the way to go.

Feta, like burrata, can be used as a topping for various meals or added to fruits to create a flavor contrast. Compared to some other replacements on this list, feta has a more robust tang, like burrata.

Burrata cheese grates better and browns to a golden color when it melts. Burrata, however, loses its unique texture contrast of creamy core and delicate exterior when cooked. This cheese is meant to be enjoyed fresh and uncooked as the main course of a meal.

What is the difference between burrata and bocconcini?

Burrata is a fresh Italian cheese produced from mozzarella and cream, whereas bocconcini are smaller cheeses more similar to mozzarella.

Do you drain burrata?

Burrata mostly comes in a small packet to be dropped directly into the water. Before serving burrata cheese, it is essential to ensure that it’s well-drained.

The rich, creamy and delicious taste and feel of burrata cheese are second to none in most recipes. However, it is possible to replicate its goodness with other cheese substitutes, and there are even vegan-friendly options that can give you the same wonderful flavor in your recipes.

Consider trying one of our suggested alternatives to burrata cheese next time you find yourself out of your regular burrata supply. You’ll be glad you did! Remember that you’re more likely to establish your favorite option by being open to exploring.