Lots of recipes excel at the right consistency and flavor. And certain ingredients like sour cream are perfect for making such happen. It’s no wonder why the dairy product features in lots of dishes across various cuisines. Yet, sometimes, we need to make an exception for it when cooking.

Luckily, cream cheese can be interchanged for sour cream when cooking. But not many know this fact, which leads to questioning such a possibility. It helps, therefore, that the similarities between both ingredients can be highlighted. And it’s also best to know the right way to use cream cheese as a sour cream substitute.

Sour cream is derived from dairy cream, which is renowned for its thick consistency and rich flavor. But sour cream expresses an even distinct characteristic compared to its parent ingredient. The reason for its difference is the addition of lactic acid bacteria at the start of its production. The bacteria feed on the sugar content of the cream, causing the process of fermentation. This reaction produces a tangy flavor and high acidic content that identifies it as sour cream.

These qualities of sour cream are highly sought in lots of recipes, which is why you’ll find it in many cuisines around. The ingredient is an excellent topping agent and is perfect for thickening liquid recipes. Its tart flavor also complements numerous dishes, as well as works in garnishes. And you’ll find that sour cream is also used in baking, where its fattiness and thickness add moisture and tenderness to pastries.

Of course, not all sour cream varieties are the same. Some may cater to special needs, like the free-fat sour cream. Others like the dairy-free sour cream are perfect for those who can’t consume such products. These factors allow flexible use of the ingredient, making every cooking experience more convenient.

It’s why sour cream is a regular ingredient in lots of familiar dishes like;

So, what happens when you don’t have sour cream? And what about times where you need to omit it from your recipe? While many replacements are available for such a switch, cream cheese mostly comes as the most logical substitute. And here’s why;

Cream cheese has a thick texture that spreads almost as well as sour cream. And this factor is owed to its source since it also contains cream. Cream cheese is just as high in fat as sour cream and offers this richness to dishes. Its consistency is also denser, making it a splendid thickener and ideal for inducing moisture in dishes.

Both cream cheese and sour cream have a tangy flavor, owed to the fermentation process by which they’re created. And though cream cheese has a milder sourness than sour cream, it’s still a decent option to consider. Its use is convenient when you wish to tone down the robust sour flavor without losing the richness.

You can swap cream cheese in most recipes if you find yourself out of sour cream. Because they share similar properties, it’ll work well in many dishes. But note that cream cheese is thicker, so it’ll need to be thinned out before adding to your cooking. As such, combine ¾ cup of cream cheese with three tablespoons of milk to make one cup of a sour cream substitute. And if you want more tart in the replacement, use buttermilk in place of the regular one.

This sour cream alternative is excellent in soups, sauces, and dips, and you can also employ it in your dip recipes. And because of the high fat in cream cheese, the dish would come out richer and with a thicker consistency. But note that cream cheese isn’t ideal for baking since it’s denser. But the replacement will work as a topping or filling for cakes and other baked recipes. 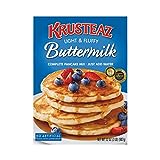 While cream cheese is our go-to suggestion for sour cream, you may also find yourself lacking it in your fridge. But you can pick any of these other substitutes as a suitable replacement for sour cream. 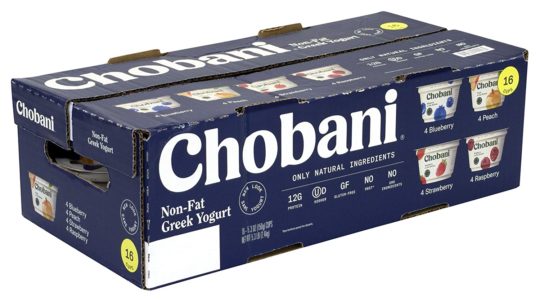 This option works as an equal replacement in all areas that require sour cream due to its similar properties. Greek yogurt is thicker, with a more potent tang compared to sour cream. As such, it’s perfect in most recipes that call for it, including toppings, baked goods, dips, vegetable dishes, and dressings. But you’ll have to ensure that the yogurt has tons of fat if you’re cooking it in a sauce. The reason is yogurt tends to curdle when heated, as its fattiness isn’t usually as high as in sour cream. 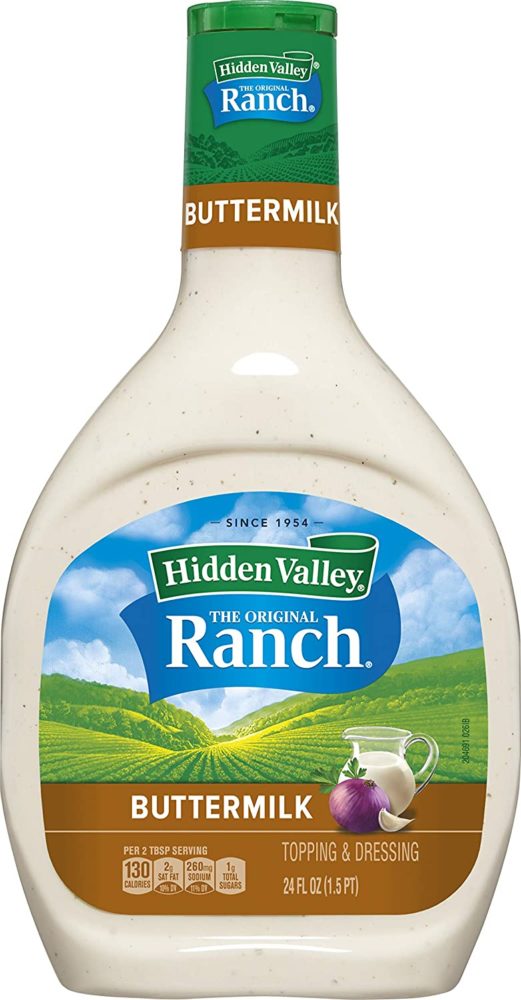 Like sour cream, buttermilk is made with lactic acid bacteria, giving it a robust, tangy flavor. And it’s also produced from a similar heating process, making it ideal in cooked recipes. But its fluid consistency makes it best for baked goods than in other recipes. And there, it’ll add a rich sour flavor and superb tenderness. It’s best, though, to add buttermilk in small amounts when blending it with batter or dough. This way, the consistency can be checked since it’s not as thick as sour cream. You can also consider it as a thickener for sauces and soups, but only in a pinch.

Of course, the vegans aren’t left out when suggesting replacements for sour cream. And one excellent option for such diets is cashew nuts. They make an exciting substitute for sour cream when pureed with lemon juice, vinegar, and sea salt. And the additional ingredients add fluidity and tang to the high-fat nuts, providing an impressive alternative to sour cream. You can use equal amounts of this option in sauces, dips, and soups.

This suggestion isn’t just an impressive high-fat replacement for sour cream but also ideal for vegan and non-dairy diets. Coconut milk, especially the full-fat variety, is packed with calories, so you won’t lose out when it’s selected. But its sweet, nutty flavor may put you off, ergo the tweak. Blend one tablespoon of vinegar with a cup of full-fat coconut milk, and you’ll get richness, thickness, and tang from this substitute. Plus, it’s great in soups, dressings, dips, and sauces.

Can you use cheese instead of sour cream in chili?

Yes, you can. Cream cheese and sour cream have a rich consistency and decent bolt of tang that works in chili recipes. As such, cream cheese can replace sour cream in the dish.

Both ingredients have their distinct advantages. And though their fat and protein content are similar, cream cheese is higher in calories. But sour cream contains more carbs.

Can I use vanilla yogurt instead of sour cream?

Yes, it can work in some cases. But note that vanilla yogurt is low in fat and may add its vanilla flavor to the recipe. And while it’ll go in cakes and some other pastries, it won’t be ideal for hot soups and sauces.

While sour cream can be replaced with cream cheese, the swap depends on where it’s needed. But the substitute will supply a great dose of thickness and richness as expected from sour cream. Plus, since both are made from similar ingredients, the difference can be barely noticed. So, in times when you’re out of sour cream, cream cheese may be your next best bet.