Media crema is a well-known sweetener found in many households, particularly in South American countries. Thanks to its trademark are, condensing, and sugariness, Media Crema has become a necessary element in American cuisine.

“Media Crema”- (literally translated as “half cream” or “light cream” – is a fantastic product made by Nestle and several other Latin American dairy companies. It doesn’t curdle, making it ideal for blending into hot foods to enhance the richness.

Read on to learn more about Media Crema’s efficient application in your cooking. I also highlighted some excellent Media Crema substitutes for your benefit when you are in a pinch.

What Is Media Crema

Media Crema is a Nestle product widely used in American countries, particularly South America. “Media Crema” means “table cream” in English. So if you see it used anywhere around you interchangeably, don’t get confused.

Originally, it was created with light compression of milk and cream. All of the recipes that use Media Crema have a rich and creamy flavor. It blends nicely with most liquids and pairs well with meat, vegetables, and fruit to enhance the flavor.

Notably, Media Crema may be used right out of the container and does not need to be refrigerated.

Media Crema can be used to cook, bake, or top various recipes and meals. All of these sweet and savory dishes benefit from the addition of Media Crema. Enjoy:

It may be difficult – but not impossible – to find a Media Crema replacement with such unique characteristics. Take a look at some excellent Media Crema cream substitutes: 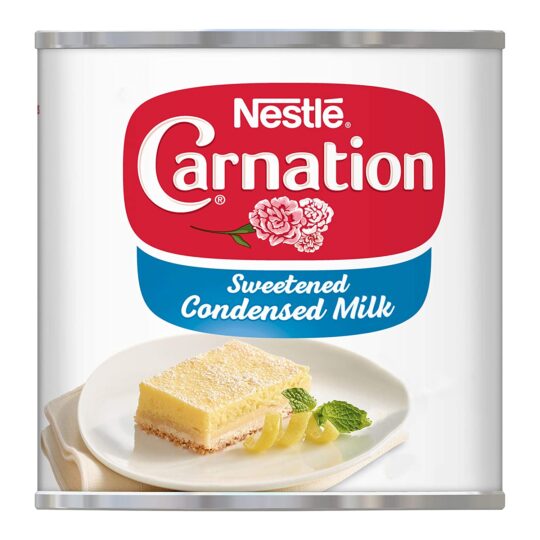 Condensed milk is the finest substitute for Media Crema. The condensed milk – like the Media Crema – is sweet and rich. Furthermore, they come from the same source: milk and cream, making them even more interchangeable.

Though the fat content of Media Crema (table cream) is only about 18–30%, condensed milk, on the other hand, has a ratio of roughly 8%.

Condensed milk is used in kitchens worldwide, from the United States to Europe, Latin America, and Asia. Sweetened condensed milk is often used in coffee and tea and baked products and sweets such as pie, pudding, and ice cream. 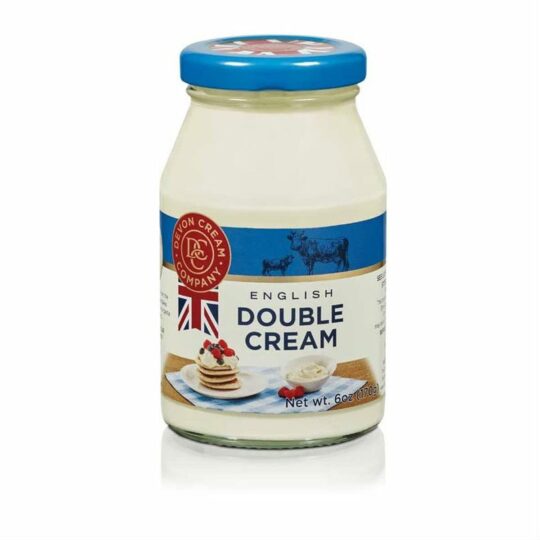 You might have an idea of what it tastes like based on the term “Double cream,” multiply the cream’s richness, creaminess, and sugariness by two to acquire the overall flavor of double cream.

Double cream is another remarkable Media Crema substitute you can incorporate into your dishes.

The double cream “doubles” the thickness and density of the other creams on the list in terms of texture. You can slightly whisk it to achieve incredibly thick double cream right away.

People commonly believe that double cream is a British phrase for heavy cream and whipped cream in the United States, but the two are not identical. With 48% butterfat, double cream is thicker and sweeter than whipping cream.

Creme Fraiche is a nutty, tangy sour cream that has been matured, thickened, and dried. This product is made from unpasteurized sour cream and contains natural bacteria to thicken it without preservatives.

Because of this, the flavor of creme fraiche is naturally and unconditionally creamy, buttery, and sour. Its flavor can vary slightly depending on how the meal ferments, but it always retains its sweetness and creaminess. And the texture gets thicker and thicker over time.

Moreover, Creme Fraîche can be served alongside fresh fruit or stirred into soups or sauces to lend a touch of dairy richness and thickness; it also adds a crisp note of acidity to any dish.

Notably, Creme Fraîche is easy to prepare at home: combine cream and a tiny amount of buttermilk in a closed container and set alone for about 12 hours at room temperature.

Is evaporated milk the same as media crema?

Evaporated milk is not the same as Media Crema. It has a thicker consistency than evaporated milk. It is a cream that adds creaminess to soups, salads, Mexican cuisine, and beloved desserts.

Is it possible to whip Media Crema?

Media Crema is a sweet cream that can be whipped; the outcome won’t be as thick as regular cream, but it is fantastic on cakes and ice cream. It is not half-and-half, which would make it more fluid.

Is it possible to use Media Crema in coffee?

Yes, Media Crema is fantastic in coffee. It’s a delicious topping for desserts and fruits, as well as a clean and natural thickening for soups and sauces.

Whether you are making salad dressings, bread, pasta sauce, desserts, or anything else, it works well in savory and sweet meals.

Media Crema is known as a light cream that comes in a can. You do not necessarily have to keep it refrigerated until you are ready to eat it. Suppose you keep some in your cupboard. You will always have cream on hand to lend a touch of richness to your recipe.

Media Crema can be found in the foods section of most supermarkets. However, what can you do to your recipe when you can not place your hands on Media Crema for a moment. You can consider any of these Media Crema substitutes for your benefit.